Yoga consists of embodied practices and a variety of ideas about the meaning of those practices. Originally a Sanskrit word, yoga has been described by scholar David Gordon White as having a ‘wider range of meanings than nearly any other word in the entire Sanskrit lexicon’ (2012:2). Although usually closely associated with Hinduism, for thousands of years the techniques of meditation and manipulation of human energy associated with yoga have been used by Buddhists, Jains and atheists as well as more recently being incorporated into aspects of Sikh, Muslim, Christian and contemporary spiritualities and non-religious practices.

The profiles here, like those of the rest of the WSRP, seek to provide clear, unbiased information on movements. New profiles are being developed and supporting materials will be posted along with the profiles. The balance of profiles is with contemporary movements, but links and resources detailing more historical groups and themes will also be provided. 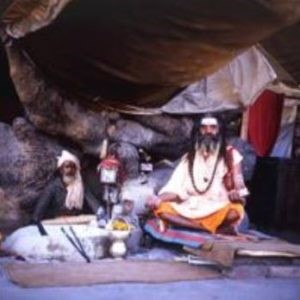 Ananda Church of Self Realization

The International Society for Krishna Consciousness

Ramakrishna Order of the Vedanta Society

Movement for Spiritual Integration into the Absolute

RESOURCES FOR ORIENTATION ON YOGA

Suzanne Newcombe (The Open University and INFORM [based at King’s College London])  suzanne.newcombe@open.ac.uk
Karen O’Brien-Kop Department of Religions and Philosophies and Centre for Yoga Studies, SOAS, University of London) ko17@soas.ac.uk