2001 The Antipiratbyrån, Anti-Piracy Bureau, was formed in Sweden to combat copyright infringement.

2003 The Piracy Bureau, or Piratbyrån, was established to advocate for free information.

2012 (January 5) The Church of Kopimism was officially registered by the Swedish government.

2012 The United Church of Kopimism was established in the United States.

An historic change occurred in Sweden in 2000 when the Lutheran Church of Sweden was disestablished as the official state church. The Legal, Financial and Administrative Services Agency, Kammarkollegiet, was created in that same year, with one of its 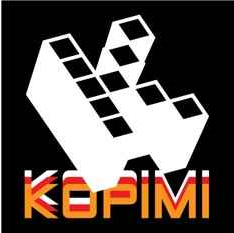 responsibilities being the registering of religious organizations. Kammarkollegiet formally registered The Missionary Church of Kopimism as a church on January 5, 2012. Established by a nineteen-year-old philosophy student, Isak Gerson, the church sacralizes the copying of information, especially via Internet file-sharing. The church’s name originates from the word “kopimi,” which is pronounced “copy me.” Shortly after the registration of the Missionary Church of Kopimism in Sweden, the First United Church of Kopimism, US announced both its presence in the United States and its first online service in early February (AdVatar 2012).

Kopimism has its roots in the Swedish political movement Piratbyrån (the Piracy Bureau). Piratbyrån in turn arose in response to the 2001 formation in Sweden of the Anti-Piracy Bureau lobby group, Antipiratbyrån, which represented over two dozen companies primarily in the film and video game industries. Two years later, “members of a growing free-information movement copied the lobby group’s name, but removed the ‘anti,’ calling themselves Piratbyrån — The Piracy Bureau. Later that same year, Piratbyrån created a website called The Pirate Bay, which quickly became the world’s most notorious source for downloading feature films, TV shows, and software” (Romig 2012). The Pirate Bay financed itself through a combination of advertisements and donations and claims over twenty million users. Pirate Bay was the first Scandinavian BitTorrent community. As The Pirate Bay became an international hub for file sharing, Piratbyrån and The Pirate Bay separated in 2004, with Piratbyrån concentrating its efforts copyright disputes. Following the death of one of its co-founders, Kopimi Botani, in 2010 Piratbyrån disbanded, announcing that it had achieved the goals for which it was established.

Isak Gerson has stated that, “‘For the Church of Kopimism, information is holy and copying is a sacrament. Information holds a 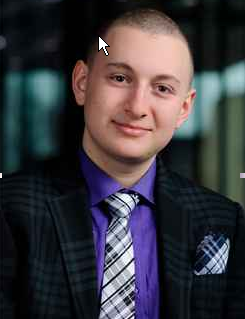 value, in itself and in what it contains, and the value multiplies through copying” (Baraniuk 2012). Kopimism therefore does not incorporate a creator deity; rather, information itself is ascribed a sacred status and copying is the essential process in reproduction of all life forms. As the church website (United Church of Kopimism n.d.) conveys this idea: “The Church of Kopimism does not make claims regarding gods or supernatural forces. Life as we know it originated with the DNA molecule’s ability to duplicate itself, irrespective of the original creation of the Universe. The process is the most basic element of life, nature, and the DNA is really just an information carrier, a result of molecular segments that determine who we become. Reproduction is the very condition for cell division and life in the form we know it.” Gerson states that “We see the world as built on copies…We often talk about originality; we don’t believe there’s any such thing. It’s certainly that way with life – – most parts of the world, from DNA to manufacturing, are built by copying” (Romig 2012). Kopimism likewise does not profess the existence of in an afterlife. Gerson states that, “as a religion we are not so focused on humans” (George 2012). Rather, as AdVatar (2012) put it, through copying information one can “seed the faith with your fellow man, so that we may all transcend mortality through the exponential copy and preservation of information, our most sacred expression of humanity” (United Church of Kopimism n.d.)

For Kopimists the idea of separate selfhood is also obsolete. According to journalist Chris Baraniuk, “For the Kopimist, the value of selfhood no longer has any relevance. Instead, Kopimists seek to direct humanity towards a kind of cybernetic spirituality, in which the hive mind assimilates and remixes the very idea of an isolated being or soul” (Baraniuk 2012). Furthermore, in Baraniuk’s estimation, “There is a supreme simplicity about Kopimism that will frustrate any theologian who attempts to investigate its system of belief — as well as a number of curious contradictions.” The central contradiction is Gerson’s insistence that the religion is not focused on humans; thus, the movement appears to be “a spiritual experience which that not necessarily located within the psyche” (Baraniuk 2012).The basic precepts, referred to as axioms, upon which The Church of Kopimism is based are as follows:

Isak Gerson identifies the group’s central ritual practice as “kopyacting,” through which members “worship the value of information by copying it” (George 2012). This may take place in person, or over the Internet. The keyboard shortcuts for “Copy” and “Paste,” CTRL+C and CTRL+V, respectively, are considered sacred symbols within the church. The “Kopimi” emblem is also attributed great significance. A ‘K’ within a pyramid, its presence on the Internet indicates that the author allows and in fact encourages his or her material to be copied. Ibrahim Botani, a Kurdish émigré to Sweden, is credited with creating this “un-copyright logo” and was “a central figure in Piratbyrån” (Romig 2012). The simple act of copying information is regarded by Kopimists as a sacred and missionary activity.

The emergence of Kopimism has occurred at an historical moment in the West when the issue of whether and how the possession and flow of information of all kinds should be regulated has been intensely debated. In this case the specific issue has been enforcement of copyright laws as a means of controlling access to information. In response to recent developments in information technology that permit accessing, copying and sharing of information of all kinds, there have been both increased governmental attempts to prohibit and control what are deemed Internet piracy and copyright infringement and equally vigorous attempts advocate revision or revocation of existing laws allowing or promoting information secrecy and property rights.

Kopimism arose in opposition to copyright restrictions governing file sharing. Isak Gerson has stated that “the copyright laws are very problematic, and at least need to be rewritten, but I would suggest getting rid of most of them” (George 2012). Though the group does not explicitly advocate illegal activity, it opposes copyright laws and encourages the “open distribution of knowledge to all” ( British Broadcasting Corporation 2012). The church website states that “All means other than violence and destruction of physical property are allowed” (United Church of Kopimism n.d.). The controversy surrounding Kopimism started in Sweden where file sharing was extremely active, but it transcends that specific national conflict.

As file sharing sites, such as Napster, were established on the internet and file sharing activity grew exponentially, there were several types of responses. One response was the formation of advocacy groups on both sides, the anti-piracy lobby group, Antipiratbyrån, and the free-information group, Piratbyrån, in Sweden (active anti-piracy groups in the U.S. include the Recording Industry Association of America (RIAA) and the Motion Picture Association of America (MPAA)). Piratbyrån subsequently disbanded in 2010. In a related effort, Rick Falkvinge founded the Pirate Party, “a political party that runs on a pro-Internet platform, with special emphasis on copyright and patent reform” in 2006 (Romig 2012). Kopimism founder, Isak Gerson is associated with the Pirate Party, having campaigned with the political group in local elections, and the two groups share anti-copyright values. The Pirate Party has won a number of seats in the Swedish Parliament (Sarno 2007).

A second response was the creation of file sharing sites in locations where they were less accessible to governmental intervention, 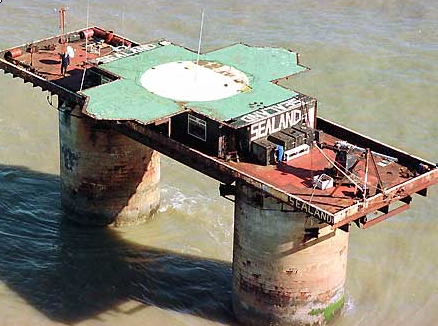 in this case The Pirate Bay site that was created by Piratbyrån. There was an initial attempt to establish such a site on The Principality of Sealand, which is an abandoned World War II sea fort (HM Fort Roughs) that was occupied by Paddy Roy Bates in 1967 for the purpose of establishing a pirate radio station (Radio Essex). Sealand, which is located within the ten mile territorial waters limit, is a “micronation” that has declared itself an independent nation, established an hereditary royal family, and has created its own currency, stamps, passport, and national flag (Associated Press 2010). Micronations are entities that claim nation status but generally lack one of the generally designated characteristics of nations under international law: a permanent population, a specified territory, a functioning government, and the capacity to carry out relationships with other nations (Gelineau 2010; Murphy 2011). In 2000, HavenCo announced that Sealand would become its virtual home where servers unable to find locations elsewhere could be placed. Since Sealand does not regulate data traffic (except for pornography), HavenCo anticipated that it might avoid regulation under laws such as the British Regulation of Investigatory Powers and the American Digital Millennium Copyright Act sine regulatory reach declines with distance. A variety of problems began to plague the announced relationship by 2003 (McCullagh 2003), and by 2008 HavenCo had collapsed. In the meantime, Swedish police raided both The Pirate Bay and Piratbyrån in 2006, confiscating their servers. The Pirate Bay quickly moved its serves to a new location and re-established its service but also sought alternative venues for its servers. The site raised over $20,000 in donations and made an offer to purchase (technically custodianship since Sealand is not legally owned). However, the proposal was rejected by Sealand. Despite its legal travails, including conviction of several individuals on copyright infringement charges in 2009, The Pirate Bay has continued to provide file sharing services and remains unrepenetrant (Thier 2012).

The third response has been the creation of support communities that have sacralized file sharing and, more broadly, the protest against information regulation. Kopimism represents this form of advocacy and protest. Sweden was a propitious location for establishing a religious entity following the dis-establishment of Lutheranism as the national religion. The formation of Kammarkollegiet presented an opportunity to gain religious status since the agency does not assess the doctrines of groups applying for recognition and simply registers (but does not sanction) them. Even so, Kopimism applied three times before being officially registered (British Broadcasting Corporation 2012).