The history of St. Peter’s Church dates to 1858. What is now the church was originally built by slaves as St. James Chapel on the Orapax Plantation and was initially led by a young Episcopal priest, John Tevis Point, who had graduated from the University of Virginia. The chapel later became Good Shepherd Chapel and operated under the care of St. John’s Episcopal Church and then St. Philip’s. When the plantation was being sold during the 1880s, the original building was donated to St. John’s Episcopal Church for use as a mission church. The building was dismantled and reassembled on North 28th Street in 1888; it was then consecrated on May 5, 1889. The congregation subsequently worshiped at 27 th and P Streets and then at 22 nd Street and Venable Street before moving to the church’s current location at 22 nd and X Streets. The church is affiliated with the Union of Black Episcopalians, the Episcopal Diocese of Virginia, and the Women of the Episcopal Church. 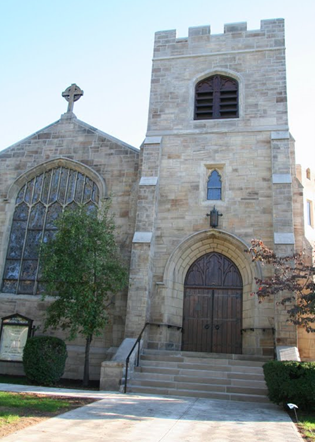 The worship service is held late Sunday morning. Ever second Sunday is designated as “jazz in the spirit”, and every fifth Sunday as “youth Sunday”. There is a community meal on a weekday evening. The congregation is made up of primarily African Americans, with approximately 800 to 1000 parishioners, who are primarily residents of the Church Hill neighborhood.

St. Peter’s provides a program for community members called, the Peter Paul Development Center. The program serves neighborhoods in Richmond’s East End and Church Hill areas. It includes a senior citizen ministry, after school program, as well as a summer camp. It is designed to help single parent families, as well as grandparents who are raising their grandchildren. Children between the ages of eight and eighteen are eligible. The program gives both the children and families an array of programs to enhance their quality of life.