Spiralground, a Community of Spirit

Many members of Richmond’s minority religions have found a church-home at Spiralground Church, an “interfaith and interpath” church that welcomes members of many different faith communities. The church’s doctrine is inclusive and simple: the Divine is present in all things, including humans. This innate divinity connects everything – every person, each creature and even the Earth herself. Awareness of this spiritual interconnectedness leads to tolerance but also makes each person responsible for caring for the environment and for each other. The church seeks to create a fully integrated community, and therefore “gay, lesbian, bisexual, and transgendered people are not only accepted but valued as an integral part of the church.” Aside from these very general spiritual principles, the church holds that all paths of spirituality are equally valid and values diversity of faith and of ritual in its congregation. 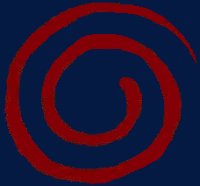 The church is not part of a denomination, nor is it part of any formally organized national or international religious body. However, it is hardly alone in this respect. The church is part of a growing trend: churches created as tolerant, ecumenical faith communities. In addition, the church enjoys a connection to the local and national Pagan community. Many of its members personally identify as Pagan, and the Pagan tradition seems to inform both the church’s rituals and in its calendar of holidays. The church’s link to the Pagan community, however, does not define it. Many in the group are connected to other traditions, and the church uses ritual elements from other faiths and observes the holidays of other religions.

In addition to its very inclusive doctrine, Spiralground employs a five-fold mission statement as the common agreement for membership as well as the motivation for all of the church’s activities. The church’s first mission is to provide a sanctuary for a variety of various spiritual practices. Second, the church aspires to be a community that supports each member on his or her spiritual journey. The third mission of Spiralground is attunement with nature, and the fourth mission is to encourage not only inter-church ties but also links with other groups and with the community at large. The last of the group’s missions is a commitment to the support and practice of religious liberty. 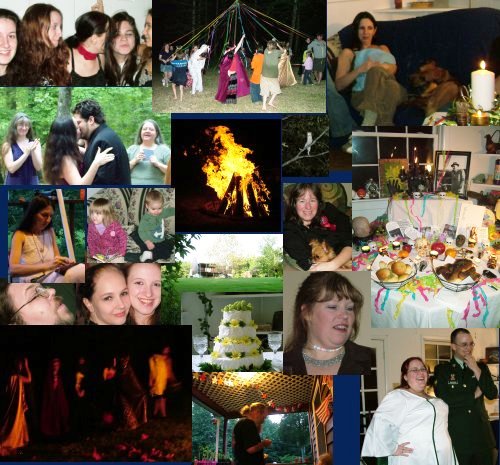 Weekly services, called Sprit Circles, are “the heart and soul” of the church, and are held each Friday night beginning with a common meal at 7:00 pm. While each service is different, most include music, such as drumming, and stories told around a bonfire. Other services include celebrations by individual members, such as the welcoming of babies and weddings, and there are private rituals held for members in need. Services are also held in observance of the esbats (moon rituals). The group holds services for full moons and often for dark moons or new moons.

Spiralground celebrates the eight holidays or Sabbats that form the “Wheel of the Year” in nature-faiths. These are generally observed on their astrological date, as opposed to a calendar date. The Pagan new year begins with the onset of winter (Samhain), known in western culture as Halloween. The next holiday is Yule, which occurs on the winter solstice and is generally observed on or around December 21. The first festival of the calendar year, Imbolc, marks the halfway point between the winter solstice and the spring equinox and it celebrates the first signs of spring. Imbolc is observed when the sun reaches 15° of Aquarius, which occurs between February 2 and 4. The festival of Ostara is a celebration of the spring equinox; in past years the rituals for Ostara have included planting seeds, a drumming circle to raise and return energy to the Earth, painting eggs, and a high tea. Beltane occurs on April 30, and SpiralGround observes this holiday each year with a festival. The summer solstice, called Litha, is also known as the Midsummer’s Nights Eve, and celebrates the spirits of the Earth. Lughnasadh, celebrates the first harvest, and occurs when the sun reaches 15°, which occurs between July 31 and August 5. The final holiday of the year is Mabon, the fall equinox, which is considered a time for relaxing and for enjoying the fruits of the second harvest.

The church also hosts a number of festivals and retreats each year. The church’s location, on a large piece of private property in Cumberland County, is the perfect setting for a spiritual practice honoring nature, and the property is large enough that most who attend the festivals simply camp on the church’s grounds. Each spring the church holds a Spirit retreat for adults and each fall it offers a similar retreat with content particularly useful for young adults between the ages of 18 and 26. These retreats offer workshops on topics such as meditation and relationship skills; there are even practical classes such as crafts or techniques for building strong and lasting bonfires. In addition, there are recreational facilities such as a sandy-bottomed river for swimming and a forest trail for hiking. The church’s annual festivals include a yearly Summer Freedom Fest on the Fourth of July, which celebrates American religious liberties. The annual Beltane Festival occurs in early May each year and includes a Maypole dance and a Mayday pageant at which the Queen of May is crowned. At the Halloween Festival participants can take a walk through the Haunted Forest or compete in the costume contest at a dinner-dance. Since the Halloween Festival overlaps the holiday of Samhain, the church also holds a special service during the festival to honor the lives and spirits of those who have died.

The church is governed by a board of directors; the current chair and her husband are residential owners and caretakers of the church’s property. The church has roughly 90 registered members, with attendance varying at each service or event.

No address or phone listed