Scientology describes itself as an applied religious philosophy and its goal as restoring humanity’s innate spiritual character. Understanding the principles and applying the techniques developed by L. Ron Hubbard, the founder of Scientology, is believed to offer practitioners the potential for ultimate fulfillment and societies a means of eradicating its most troubling problems. Scientology offers what it calls “Solutions to a Troubled Society,” which consists of its religions outreach programs. These include Narcanon International, which is a global network of drug rehabilitation and education centers; Criminon International, which helps criminals become productive members of society; Applied Scholastics International, which assists students, parents, tutors, teachers and educational organizations around the world to eliminate illiteracy; and the spreading of Hubbard’s nonreligious moral code pamphlet, The Way to Happiness. Scientology also offers individuals the means to achieve personal spiritual growth through its international network of organizations, with missions being the local-level and beginning practitioner organizations. 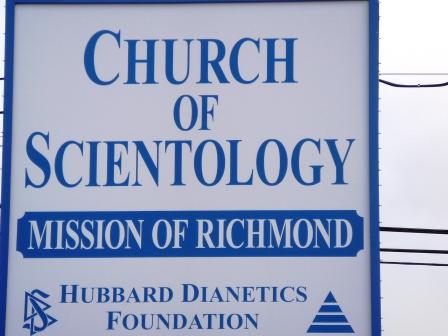 The Scientology Mission of Richmond is located in Richmond’s Carytown, a street filled with less conventional shops and restaurants. The mission of Richmond is less than two years old, and the congregation remains to be quite small. The staff consists of one permanent leader, called the mission holder and two other volunteer staff members, a communication officer and a book auditor. The mission’s main focus in Richmond at this time is to build membership and firmly plant its religious and spiritual ideals within the Richmond community.

There currently is no worship or spiritual gathering held at the mission of Richmond, but the mission does offer several services. There is an “auditing” session provided for members and those who are interested in participating in the Mission of Richmond. The auditing session involves the auditor asking exact sets of questions to the person being audited to help that person locate areas of spiritual distress. Once those areas are identified, the person is able to improve his/her life condition. Scientology auditing is believed to bring a person from a condition of spiritual blindness to spiritual happiness. Another service offered at the mission of Richmond is access to an extensive library of reading materials and video to enhance the learning experience and further spiritual guidance. The mission supplies an almost theatre-size television with surround sound to allow for full viewing effects when watching the educational and spiritual DVDs. There is also an arcade-size computer that contains all the reading materials in a virtual catalog. These readings include: L. Ron Hubbard’s Dianetics, The Original Thesis, The Evolution of a Science, Self Analysis, Handbook for Preclears, Scientology: The Fundamentals of Thought, and many others. 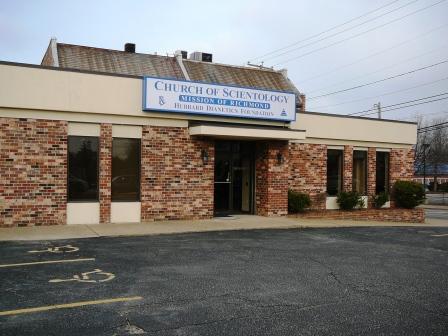