Rudlin Torah Academy, founded in 1966 as the Richmond Hebrew Day School, is a private school providing boys and girls in grades K through 8 with a dual curriculum education in traditional Judaic studies as well as secular studies. Accredited by the Virginia Association of Independent Schools, RTA is also a member of the National Society of Hebrew Day Schools. In January 2003, a state-of-the-art new facility was opened just across the Goochland County border on Patterson Avenue, on the Richmond side of Route 288. The 25-acre wooded campus, costing $3 million, includes a 17,000 square-foot school as well as outdoor playing fields. The building includes a state-of-the-art media center, science lab/art room, a modern multi-purpose room with a commercial size kitchen, and classrooms wired for computers and video monitors. The academy is open to Jews from all denominations. The academy has its affiliated high schools for academy graduates, the Shaarei Torah of Richmond for girls in grades 9-12 and the Yeshiva of Virginia for boys in grades 9-12. 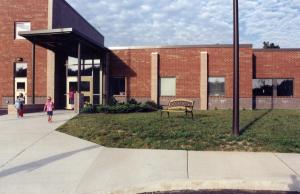 The school’s mission statement proclaims that it “seeks to prepare its students to meet the challenges of modern society by promoting educational excellence, teaching the beauty of the Jewish heritage, and instilling in the students a respect for all mankind.”

A rigorous 10-hour school day supplements traditional academic subjects with Jewish studies. The curriculum at the Rudlin Torah Academy is primarily focused on producing young men and women who desire to a Jewish identify. The faculty accomplishes this by instituting an intense respect for tradition within the Jewish faith. The school helps the students become aware that they are the future of the Jewish faith. Rudlin Torah Academy teaches the modern Hebrew language conversationally, as well as the biblical Hebrew language through sacred texts. Hebrew is taught as a mother tongue, a language that is natural to speak. With tradition and language firmly established, the school then works to inculcate in students what is considered to be good character. It is at this point that the other subjects are incorporated into the curriculum. All subjects are carefully implemented so that they are understood under the context of Jewish thought. These principles are distilled in the motto of the Rudlin Torah Academy, “Teaching the mind, touching the heart.” 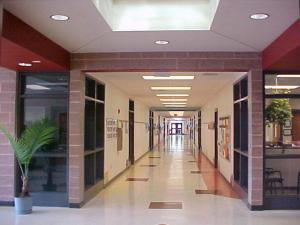 The academy also offers a variety of after school activities. They have a gymnastics program for youth in grades K-5 called CORE Kids Academy. Here the Jewish youth train to become more physically fit. There is a Mad Science program offered to K-8 th graders. The students in this program learn about different aspects of science taking on a hands-on discovery through controlled experiments. Lastly, there is a Lego Robotics program for 5 th to 8 th graders. The school relies heavily on volunteer assistance provided by the families of students. Rudlin Torah Academy also provides classes for adults twice each month, with topics ranging from Jewish philosophy and living to computer science and forensics.