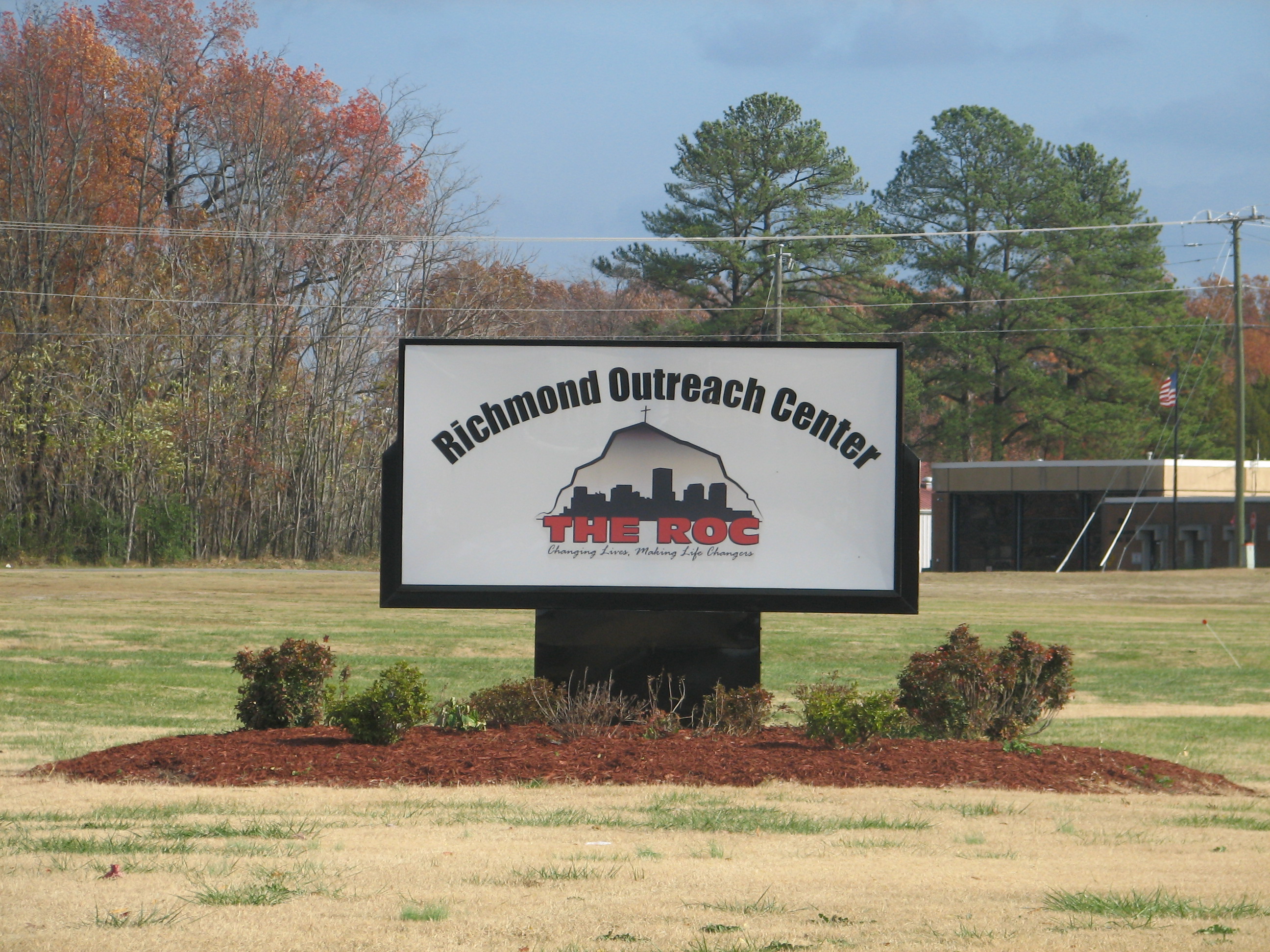 The initial building utilized for service was located in the former Biggs Furniture building on Marshall St. in the city’s Carver area. The ministry however quickly outgrew this facility and relocated in 2005 to its present nineteen-acre site on Warwick Road . The Center has made great strides in acquiring new facilities. In January, 2006 the Center purchased the former Eastern Star Home of Virginia located on Chamberlayne Avenue on the North Side of the city. The 45,000-square-foot Eastern Star Home has been a Richmond landmark for 76 years but closed in 2004 due to declining donations. The building, as described by Pastor G., is pivotal to his ministry and has been transformed into a school to train individuals for urban ministry. 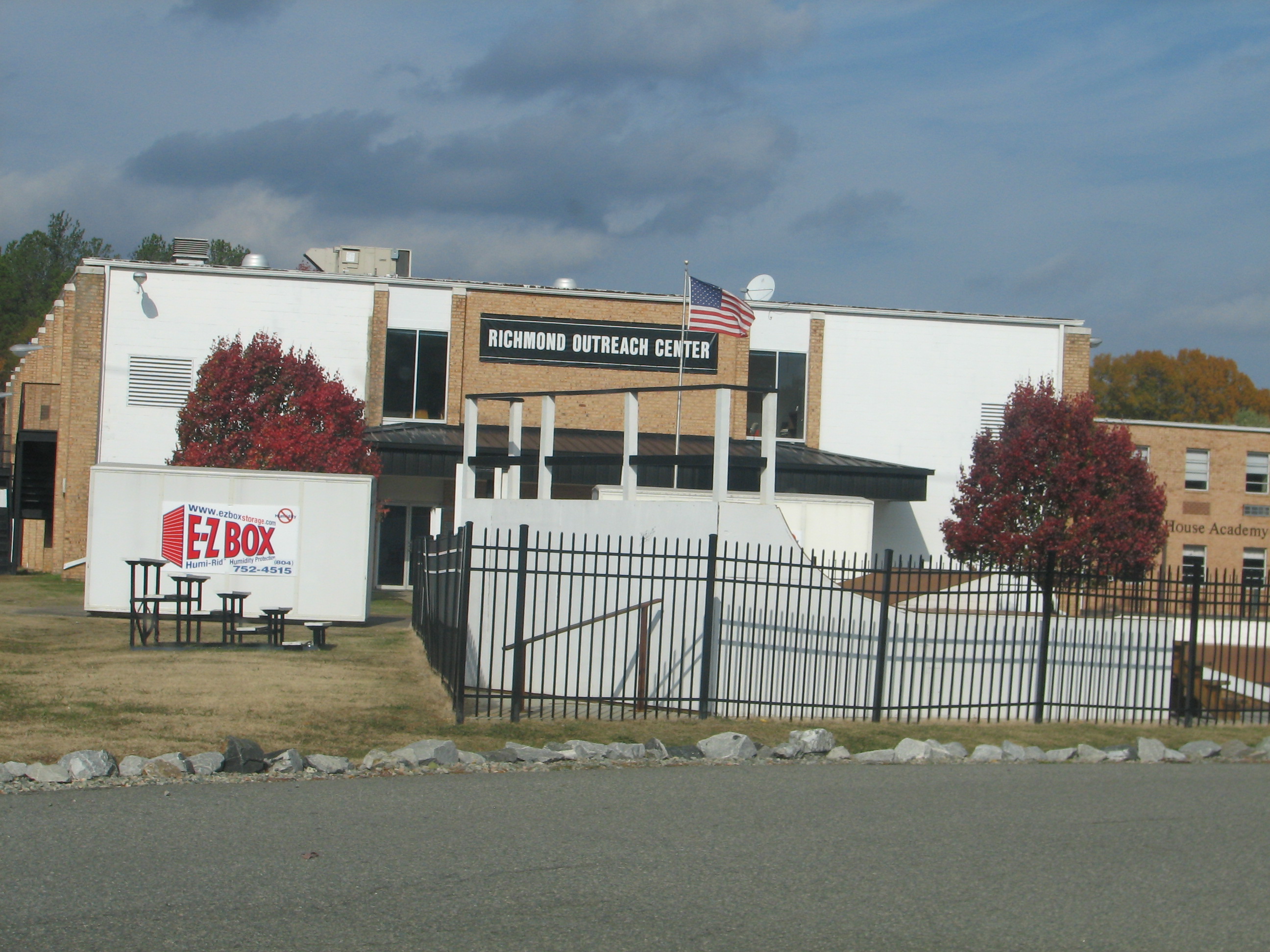 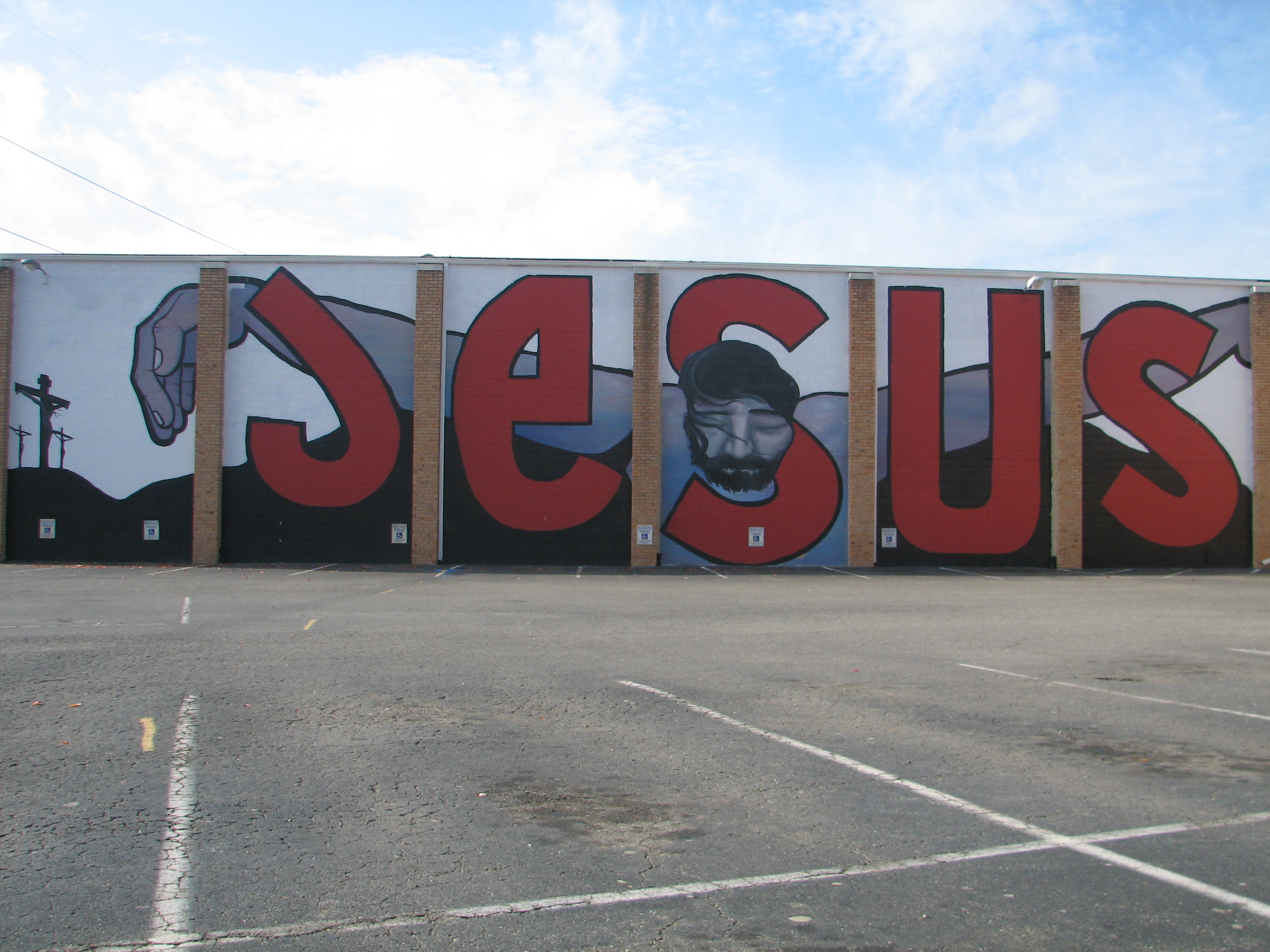 Richmond Outreach Center members define themselves as an independent, soulwinning church that is dedicated to changing lives and creating life changers. The principles on which it is founded include believing in the Word of God, reaching the lost, loving the poor, and training disciples for Christ . The Richmond Outreach Center currently houses over one hundred different ministries, including two private Christian schools, several discipleship homes, and the largest bus ministry in Virginia . A few examples of the ministries offered are The ROC Homeless Ministry, the Soulwinning Soldiers, and The ROC Kids.

The ROC Homeless Ministry reaches out to people in the street and relocates these individuals to the church via a school bus. Upon their arrival they are fed and a service is held to uplift these individuals and offer them an opportunity to join the ministry. Church affiliates hope this ministry will aid in bringing individuals who have lost hope back to God. It is also a mission to clean up the streets of the inner city.

Members of the Soulwinning Soldiers, which is a Motorcycle Ministry and not a Motorcycle Club, believe that God commanded them to go into the world and preach the Gospel. The Soulwinning Soldiers consists of men who, as described by church members, are dedicated to their church and families. The purpose of their ministry is to represent Jesus Christ, share the plan of salvation for the unsaved, and to be a support for the many different needs at the Richmond Outreach Center . It is not imperative that Soulwinning Soldiers ride a motorcycle, but the ministry does collect a monthly offering from all members and puts the money towards purchasing a bike for every soldier.

There are several ministries geared towards the older youth of the inner city. Every week there is a Youth Night dedicated solely to the teenagers. During this time participants sing songs, play games, and learn about Jesus. Youth Night has been described as an effort to keep teens off the streets, and participants state that this program has changed their lives. There also are young people called “ROC KIDS” who have their own ministries. There are twelve ministries dedicated to the youth that involve after school as well as summer programs. The Guppies and Jr. Soldiers are young children who are taught to be “soul winners.” It is their duty to go out into the community and spread the love of God. The ROC Steady Dancers and the ROC Kids choir minister through song and dance once a month, and both groups also perform on Saturday nights for the Six O’clock ROC service. They also perform outreach activity at several local nursing homes. The Six O’clock ROC service is held every Saturday. During this ministry the service is open to all for worship, praise, and thanks to Jesus for all He is doing for them.

The ROC also holds more traditional forms of worship such as Bible Study one evening each week. Youth are encouraged to attend Saturday School that provides them an opportunity both to have fun and learn Bible Stories. Saturday School is held at the same time as the Six O’clock ROC, allowing parents the opportunity to worship. For the nursery age children there is the ROC Nursery, which has several volunteers to care for children. The Richmond Outreach Center also participates in a Christmas Gift Give-A-Way for at-risk children from Richmond ‘s Housing Projects and low-income neighborhoods, using forty buses to pick up and transport children to the Arthur Ashe Center .

Sources:
The church’s website and
The Richmond Times Dispatch