Humanism as a philosophical and ethical system emphasizes humans’ right and responsibility to structure their own lives and build more humane groups in which to live through reason and free inquiry. On a personal level humanists describe themselves as seeking to engage in a continuous search for truth; to pursue self understanding and understanding of the world; to promote tolerance; and to seek principles for ethical behavior. These goals are sought through human rather than divine solutions, democracy, separation of religion and state, and support for both individual liberty and social responsibility. Secular Humanists are distinguished by their pursuit of humanist goals through reason rather than religion. As a representative of the Council for Secular Humanism’ describes it: “It’s the thing that makes your message or product different from any other. If secular humanism exhibits such a characteristic, then that would almost certainly justify its existence as an independent life stance—and demonstrate the need for a dedicated organization to be its advocate.” 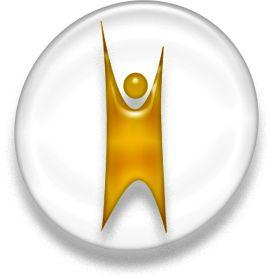 Richmond Area Free Thinkers is one of a number of groups that reflects the growing popularity of free thinking and humanistic ideology. The Richmond Area Free Thinkers (RAFT) was established in 1998 as a branch of the Washington Area Secular Humanists (WASH), which was founded in 1989 and has chapters in Richmond, Baltimore, Northern Virginia, Frederick, Fredericksburg, Shenandoah, and the metro-Maryland area. WASH was founded as a nonprofit, educational organization for the study of humanist principles. It is affiliated with the Council for Secular Humanism, which publishes the magazine, Free Inquiry. Even though these groups consist largely of people who claim to be atheists or agnostics, they prefer to be referred to as people who practice humanistic beliefs.

Richmond Area Free Thinkers describes its goal as “to encourage public education in the methods of critical thinking and scientific investigation, and to promote open and rational inquiry as the most reliable approach for obtaining knowledge.” The group meets once each month on Sunday to discuss current events or a specific topic scheduled for that meeting. Such topics can range from “Why America Changes, and Drops Religion So Frequently” to “Why the Shroud of Turin is Glorified.” The group meets occasionally for a picnic or potluck meal. An average meeting consists of eight to twelve members, and the group meets either in a member’s home or at a restaurant in the city. The age range of participants is from 50 to 65 years old. Younger individuals interested in secular humanism and free thought typically affiliate with similar groups at area colleges and universities.