According to Islam’s holy book, the Qur’an, there are five pillars of Islam: “to testify that there is no god but Allah and Muhammed is the messenger of Allah, to perform the prayers, to pay the zakat, to fast in Ramadhan, and to make the pilgrimage to the House (Mecca) if you are able to do so.” In keeping with the first pillar, Muslims in the Richmond area decided to start a mosque approximately ten years ago in the southern area of the city in order to provide a much needed place of worship. It was first located in a building on Hull Street above a fish market but soon outgrew that space. The congregation asked for donations from fellow Muslims around Virginia, and they were soon able to collect enough money to buy a building across the street that had previously been a furniture store. The congregation made an initial down payment of roughly $35,000 and a second payment of $20,000, and within a year they paid the balance. 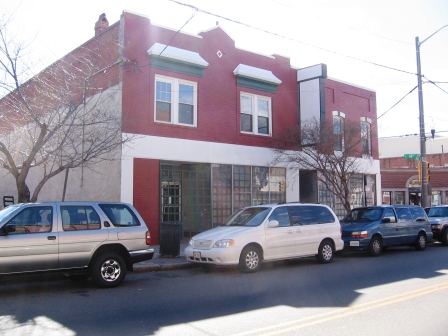 For the last six years at its present location Masjid-ar-Rahman has served as a place of worship for Muslims. The mosque represents the orthodox Sunni Muslim tradition but is open to all Muslims. It is open daily for the five prayers, beginning with a prayer before sunrise. There is a second prayer in the early afternoon and a middle prayer in the mid-afternoon. The fourth prayer takes place at sundown, and the final prayer occurs later in the evening. These prayers are attended by between three to ten worshipers during the week, but on Friday, the Muslim holy day, the second prayer called the Jumah is attended by approximately fifty worshipers. In keeping with the teachings of Islam the men and women have their own separate area within which to pray. During Jumah, the male most knowledgeable of Islam, leads the prayer and gives a sermon instructive of proper Muslim behavior. At the end of the prayer a collection is taken, and the receipts are used to both maintain the building and help the needy in the community. Those attending prayer consist of a wide range of nationalities and backgrounds, including people from Jordan, Somalia, Egypt, Bosnia, and Italy.

Masjid-ar-Rahman is located in an area surrounded by poverty and drug, and its members have actively sought to help those less fortunate. Anyone from the neighborhood who is in need can receive assistance with food or money from the congregation, and Masjid-ar-Rahman also contributes directly to food banks. In addition to charitable activity, the temple is also involved in prison outreach, and members help run the Hijrah House, which is a half way house for men getting out of prison.