Church members describe Koinonia as an idea that emerged in the minds of a core group whose members were dedicated to a serious pursuit of discipleship. The group meetings were initiated in October 1972, and on November 26, 1972, Koinonia was established. Koinonia, which in Greek denotes deep fellowship with one another and with God, was selected as the group’s name. The founding group selected as its motto “To Be – Not to Seem.” The search for a building in which to hold services began immediately, and church members attribute their success in holding their first worship service in February, 1973 in their church on Moody Avenue to divine guidance. The following year the Koinonia Christian Church began developing a relationship with the Christian Methodist Episcopal denomination (C.M.E). Originally named the Colored Methodist Episcopal Church, the Christian Methodist Episcopal, was established in 1870 by former slaves who had been members of the Methodist Episcopal Church, South. The church later changed its name to the Christian Methodist Episcopal Church in the 1950s. Rev. W. H. Burrell, III was ordained an elder at the annual C.M.E. conference in August 1974, and under his leadership the members of the church were instructed in C.M.E doctrines. Only three years later, Mrs. Marjorie L. Booker, who had been called to the ministry in 1974, was appointed to the pastorate of Koinonia. 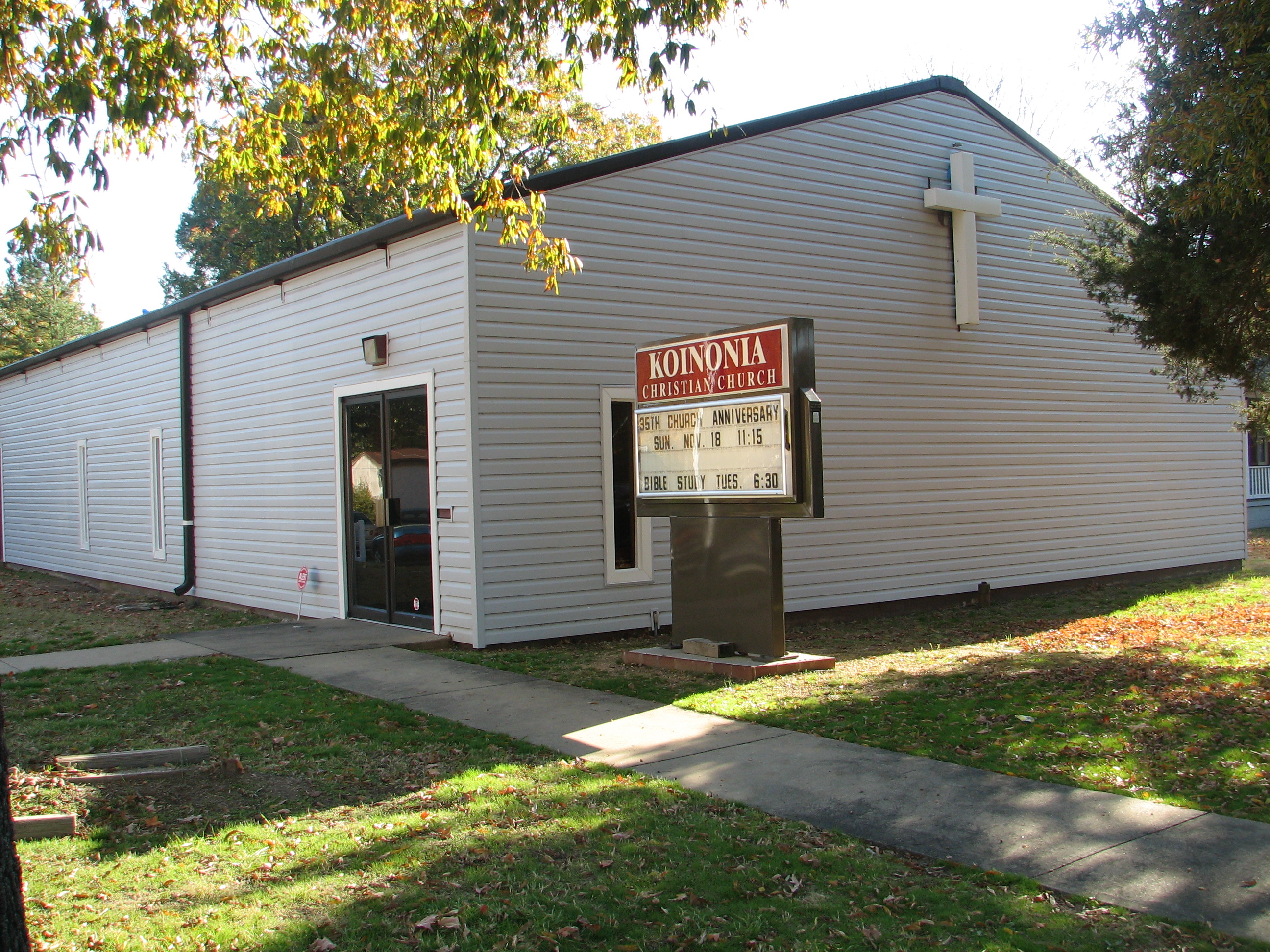 Reverend Booker has proven to be an active and visionary leader who has played a major role in an array of community organizations and in church membership growth. Under her leadership the church membership voted to withdraw from C.M.E. in 1980 and became the Koinonia Independent Methodist Church. Though the congregation was relatively small, under the leadership of Pastor Booker and her husband, who was called to the ministry in 1976, the congregation sought to obtain a new building. The Moody Avenue church building was sold in 1981, and in that same year ground was broken at the church’s current location on McRand Street. In celebration of this event the congregation marched from the Moody Avenue church to the new church on Sunday June 17, 1983. In 2001, the members voted to change the name of the church back to its original name, Koinonia Christian Church. 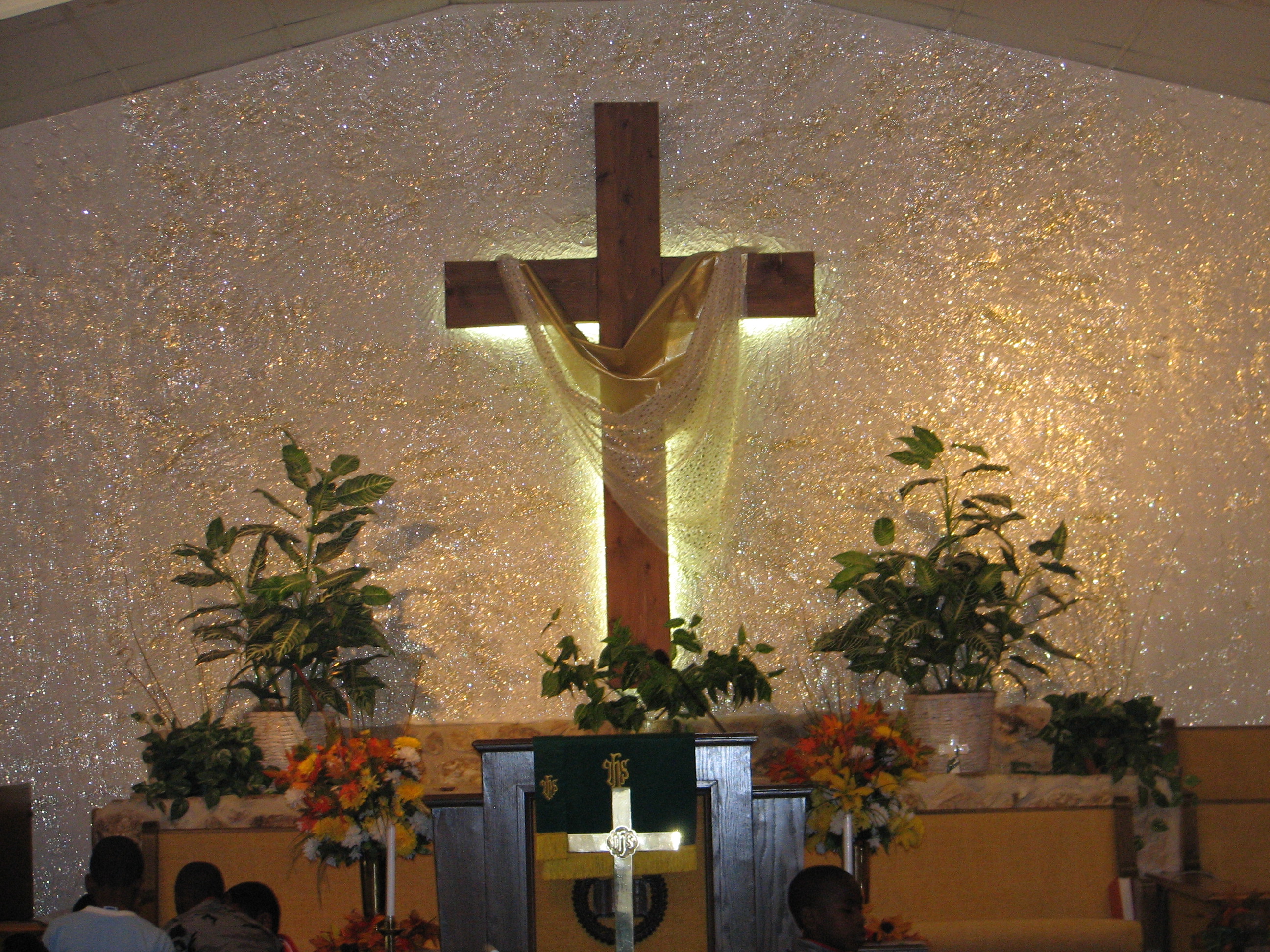 On Sunday mornings a Sunday school is held followed by the adult church service. Bible studies are held every Tuesday evening; afterwards dinner is served. Youth play an active role in services held at Koinonia; every second Sunday of each month the church dedicates the program to the youth and they are responsible for the entire service except for the message from God. Church services currently draw a relatively small number of participants, but total membership is about two dozen individuals. Most members are lower to middle class African Americans.

There are a number of organizations and ministries within the church. These include the active Trustee Ministries, a Women’s Ministry, an Usher Ministry, a Deacon/Deaconess Ministry, a Hospitality Committee, a Singles’ Ministry, and a Men’s and Women’s Fellowship group. There is also an exceptional Birthday Club in which members dedicate on their birthdays a dollar for each year they have lived. These organizations generally meet monthly. Koinonia is also a church that relies heavily on fellowship among members. They celebrate numerous occasions on an annual basis, such as the Church Picnic, Family and Friends Day in March, the $100 Church Anniversary in March, the Spring Revival in April, and the Fall Revival in November, which includes fellowship with other sister/brother churches in the community.

The most distinctive program supported by the church is the Outreach Program of Koinonia. The program was founded in 2000 by Rev. Chauncey Lee Bell Jr., who established the program not only for the congregation of Koinonia Christian Church but also for the entire Richmond Community. The purpose of the organization is to offer spiritual guidance for individuals suffering from drug and alcohol addictions as well as any form of domestic abuse. The motto of the program, “Rarely have I seen a person fail who follows this path except those who are unconstitutionally incapable of being honest with themselves,” is borrowed from Alcoholic Anonymous. The program is based on the principles of honesty and sobriety and intertwines elements of Twelve Step Programs with scripture and prayer. Friday evening program meetings are informal. During these sessions participants place telephone calls to offer prayer and spread the good news for individuals who are unable to attend or in need of devotional support. The basic purpose is to share testimony and life experiences with others to offer a coping mechanism and to alleviate the sense of being alone.