Esoteric traditions are often associated with secret teachings and practices where only an elite few are the beneficiaries of such knowledge. A number of established religions are thought to have traces of secret teachings and initiations. There is also evidence that suggests smaller movements, such as freemasonry, occultism and mesmerism, incorporate esoteric philosophy and spirituality. Modern esoteric groups emphasize a combination of thoughts and practices and are particularly focused on enlightenment. 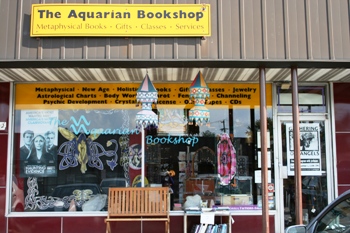 The term esoteric was first introduced by Thomas Stanley in 1701 when describing the mystery schools of Pythagoras. Major western esoteric movements also began around this time in conjunction with the Renaissance. The U.S. currently is home to several esoteric-oriented mystery schools, and Jerhoam’s Mystery School is one of these. It is not affiliated with any other mystery school organizationally but does share a common philosophical orientation.
Jerhoam traces the history of these schools back five thousand years. He asserts that “The mystery schools taught that salvation comes from divine knowledge, or gnosis, and that religious or spiritual activities, including good works, intercession by divine or human agents, rituals, study of philosophy, cultivation of faith, practice of spiritual exercises, etc., are ultimately valuable only because they prepare the student for a direct experience/perception/knowing.” Jerhoam describes the objective of mystery schools as helping “the student transform her soul to regain the divine world. The soul cannot be transformed without first being recalled, awakened or uncovered. People are understood to live, ordinarily, without direct contact with their own souls. Once recalled, or reawakened, through any one of the many methods used in schools, the soul is transformed through a natural process and attains awakening, liberation, freedom or enlightenment- all different names for redemption.” 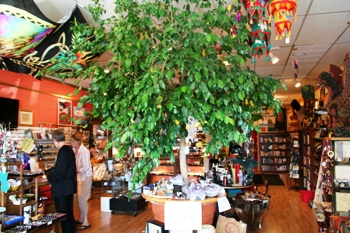 To understand Jerhoam’s Mystery School, one must explore the life of the man who has reintroduced the idea of ancient mystery schools, John J. Oliver. He has provided a detained biographical account of his abilities and career. Oliver states that since the age of five he has been able to envision the spirits of those who have “crossed-over” into the afterlife. Once he embraced these apparitions, his abilities began to grow, and he was soon able to provide in great detail the past experiences of people, animals and objects. He began practicing martial arts and meditating, which further developed his abilities. One day one of Oliver’s friends wanted to see him meditate because he had begun writing symbols on paper while in a trance state. To the surprise of both, Oliver began speaking to his friend while he meditated, but it wasn’t Oliver who was speaking. It was at this moment that Oliver discovered that he was able to channel ancient wisdom from a spirit who had crossed-over. As a teenager, Oliver would perform these channeled physic readings for classmates and family members. His readings proved to be so accurate that it wasn’t before long until his abilities were sought out to help with police work and for metaphysical events. 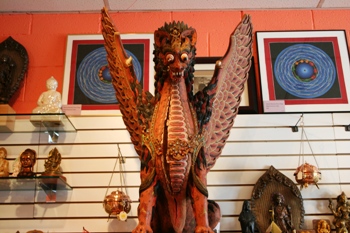 Oliver states that he is dedicated to helping people to understand the afterlife as well as to gain insight into to their own spiritual identities. His reputation has established him as one of America’s premier psychic intuitives. Currently, Oliver travels the country as a guest lecturer and has appeared on several televisions series, “FBI: Pyschic Investigators,” Court TV’s “Haunting Evidence” and truTV’s “Door to the Dead.” He also serves as the oracle of Jerhoam’s Mystery School, which is based in Richmond.

Jerhoam Mystery School’s was established in 2003 with the purchase of The Aquarian Bookstore in Carytown. The Mystery School does not identify itself as a religion but rather “a place of study and practice.” Oliver’s school emphasizes the value of artistic creativity, such as painting, pottery,

writing, music and dance. Students may fast, feast, have solitary retreats, hold parties, garden, put on plays, have relationships, raise children, spend time with nature, pursue careers, and read and discuss literature. The school is a place to explore deep, supportive friendships and practice compassion and understanding; it also provides a context where interpersonal friction is an aid to healing and transformation instead of an obstacle.

To obtain guidance and instruction in the Mystery School, one can request private consultations with Oliver or attend various programs that are held throughout the year. In order to participate in the Mystery School, it is recommended that students attend the Alpha Pegasa Program. The program requires a commitment to four one week sessions throughout the year. During these sessions, participants explore the soul’s journey at the moment of physical death. The curriculum also encourages students to unleash and embody greater awareness through a series of discussions hosted by Jerhoam. The importance of this year long commitment is heavily stressed. There are about 24 people currently participating in the Alpha Pegasa Program. During the channeling sessions, participants are asked to meditate with Oliver. It may take several moments of complete concentration, but eventually Jerhoam takes over John’s body. Oliver describes this process as being in a hypnotic state. Jerhoam usually gives philosophical advice to the participants, and he may have a particular message for someone depending on the energies present in that group. Sometimes group members are allowed to ask Jerhoam questions. If Jerhoam feels that the questions are appropriate to the lesson, then he may answer them, but this does not always happen. Each channeling session usually lasts about twenty minutes. The session is then followed by a discussion between John and the rest of the group. John must tape record all sessions because, although he is conscious during the session, he is not aware of what is being said. 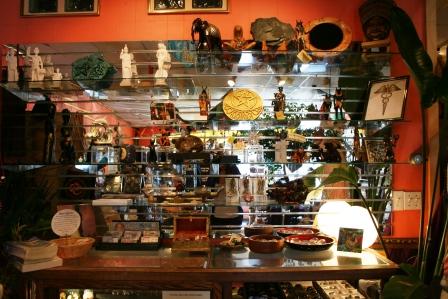 Beyond the monthly meetings with Oliver and the Alpha Pegasa Program, the school offers an eclectic curriculum that includes yoga, meditation, martial arts, nutrition and philosophical readings. Participants believe in principles such as karma and reincarnation. In addition, a variety of teachers of religion, enlightenment, and other spiritual paths visit and teach at The Aquarian Bookstore. While these teachings are not part of the Mystery School, members are encouraged to study everything that may invoke a spiritual transformation since the school is a place to explore deep personal understanding and an aid to healing and transformation. It is estimated that about 75 people all over the country are involved with the Jerhoam Mystery School as active members, volunteers, or teachers. Members of the Mystery School come from a variety of religious backgrounds.

Community service is also an important attraction to the Mystery School. People who get involved for selfish reasons are taught that such behavior leads to the transcendence of a false self. Most people live their lives without ever knowing their true self. While discovering yourself should be an independent mission, Jerhoam’s school helps one get the best advice, training and support on one’s path. Knowing oneself is a powerful key to conscious evolution. As students discover the truth about themselves, they are more willing to change for the better and to help those around them.

The Aquarian Bookstore hosts two psychic conventions in Richmond every year, and all of the proceeds are donated to two projects that it sponsors. Baby Girl Project is based in Richmond and has helped establish fourteen schools in Kenya. Another non-profit, Joyful Orange, is based in Colorado and also directs its attention towards educational and community projects.