Falun Dafa, also known as Falun Gong, is a spiritual, mental and physical form of exercise that resembles elements of Buddhism and Taoism. The ancient Chinese practice was passed from master to student over centuries but was not made public until 1992. Li Hongzi is said to be the founder of Falun Dafa. At a young age, he learned a variant of the practice called Falun Xiufo Dafa. He soon became a master and began analyzing his students through trial and observation. His experimentation led him to the decision to introduce Falun Dafa to the world. In April 1993, Zhounguo Falungong, written by Li Hongzi, was published by Military Yiwen Press and became the main book of study by practitioners. Today, it is estimated that 100 million people spread out over 114 different countries participate in Falun Dafa. 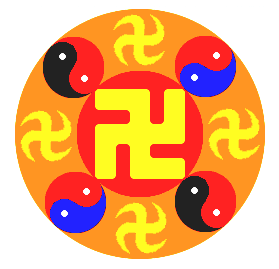 Upon its introduction in Changchun, China, Falun Dafa was widely accepted and grew to become the largest Chinese practice by 1999. Considered a threat because of its mass popularity, Falun Dafa was banned by the Communist Chinese government only seven years after its introduction. The practice of Falun Dafa continues to be banned in China and practitioners have been subjected to various human rights violations, including unlawful detainment, sexual abuse, and torture. The Chinese government attempts to conceal the violence from the international media and arrested Falun Dafa members and excluded them from the 2008 Beijing Olympic preparations. Falun Dafa practitioners have been met with scrutiny outside of China as well. In May, 2009, several Falun Dafa members were denied the opportunity to perform a group dance during the Asian-American Celebration at the Greater Richmond Convention Center. John Kang, a member of the Richmond Chinese Network, told the Richmond Times Dispatch that the group is too political, too controversial and promotes an anti-China message.

Falun Dafa students describe the practice as allowing them to experience selflessness, awareness, inner purity and balance through consistent and dedicated exercises. The ultimate goal is enlightenment. The exercises consist of five easy to learn, gentle movements and meditation. These practices are expected to help the practitioner cultivate the principles of the universe, which are truthfulness, benevolence and forbearance. At the core, Falun Dafa followers believe that they are on a path to return to their true selves and to enlightening the true meaning to life. There have been many claims that the exercise itself has helped cure terminal diseases and relieve body pain.

In 1999, a group of Chinese immigrants fled China to escape persecution and came to Richmond to continue practicing Falun Dafa. The group meets once a week on Sunday morning. The event lasts for two hours and is held at Deep Run Park in the West End. Visitors are welcome to join in the exercises. The group varies in size, but about fifteen members frequently attend. Occasionally, group members will perform their exercises at peace festivals, races and other community events around Richmond. There is no hierarchal structure in the organization, and the group considers themselves a spiritual community rather than a religion.