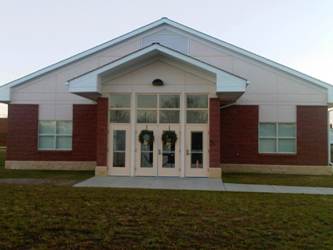 Faith Community Baptist Church states that its mission is to seek out, witness to and disciple the unsaved and the unchurched in the inner city, especially in the communities of Fairfield, Whitcomb and Creighton Courts in the East End of the city. The church seeks to use the unsaved and unchurched to raise up a “faith community” that is committed to the gospel of Jesus Christ and dedicated to the building of a community that will model the gospel message of Jesus Christ through love for God, self, and others. Further, the church seeks the salvation of sinners, the reclamation of backsliders, the sanctification of saints, the liberation of the oppressed, and the empowerment of the African American community spiritually, economically, educationally, and socially.

Faith Community holds morning services on Sundays, and on one weekday evening there is church school and Bible study. An intercessory prayer meeting is held one day during the week. The church offers Heart of Faith New Members’ Training classes that are required in order to become members of the church. The church currently has about 260 members with 100 of them being active. Faith Community Baptist Church is predominantly African American with a small percentage of other ethnic groups. About half of the congregation is over 40 years of age.

Faith Community Baptist Church has numerous ministries for all age groups. Their seven major ministries include worship, Christian education, outreach, discipleship, administrative, fellowship and community development. Under the worship ministry they have their music, dance, greeters, security and mime ministries. The Christian education ministry includes the church school, the youth ministry and any other teaching ministries within the church. Their discipleship ministry includes all the classes for the new members and the men’s and women’s ministries. The administrative ministry deals with financial and clerical issues within the church. The fellowship ministries bring the members together in fellowship, such as movie nights or church picnics.

Faith Community Baptist Church is known for helping their community through their outreach ministry and their community development ministry. Through its outreach ministry, the church reaches out to the community through the R.I.S.E. Empowerment Women’s Group in Fairfield Court, Bible camps, and their HIV/AIDS Prevention Education Ministry in Fairfield, Whitcomb, Creighton Courts and the Richmond City Jail. The church also sponsors an annual Vacation Bible School in the summer. The congregation conducts Outreach Walks every third Sunday to sustain memebers’ relationship with the community. Once each month the church distributes groceries to the community for the people in need. In 2009, the church extended its outreach to the Chesterfield and Henrico Probation offices and renewed its partnerships with Richmonders Involved in Strengthening Our Communities (RISC), Crossover Ministries (which provides healthcare to the uninsured) and the Elizabeth Project (which is sponsored by the Virginia Council of Churches).