In 1950, the ULCA and the Virginia Synod looked to establish a mission in Richmond’s West End. The Synod purchased an 11-acre estate overlooking the end of Monument Avenue, and the first service was held on the lawn July 22, 1951. Across the property, the existing house was being renovated into a chapel with classrooms. On November 25 the congregation voted to adopt the name Epiphany Evangelical Lutheran Church, and agreed to a constitution listing 80 charter members. Epiphany was received into the Synod of Virginia on January 27, 1952. The congregation purchased the title to the property from the Synod, through financing, on November 20 of that same year. At the end of their first year, the church reported 107 confirmed members, 154 baptized members, and 66 children enrolled in Sunday School.

Because of the lot’s unique position, Monument Avenue could not be extended without acquiring church property. In 1953 the church elected to sell the portion of their property north of Monument Avenue, planning to erect a new church building on the corner of Three Chopt and Horsepen, and a parsonage on the property’s southwest corner. In 1954 they revised their plans and opted to build at the corner of Monument and Horsepen, and sold all but 5-1/2 acres of the remaining property. 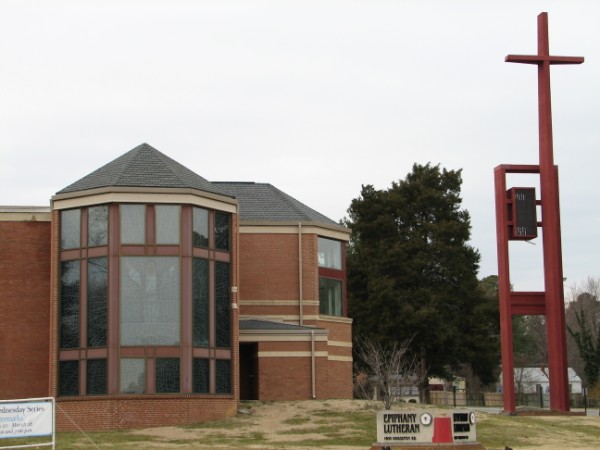 In a truly evangelical endeavor, the Evangelism Committee was organized in 1954 to call on prospective church members every 2 nd and 4 th Monday. Their efforts were rewarded with 66 new members for a total of 207 confirmed members, and an average attendance of 95 at weekly services. The Sunday School, too, saw 60 new students enrolled over the previous year, bringing the total enrollment to 170. The church attracted many locals who were new to the Lutheran faith, and so special Adult Instruction classes were held to introduce people to basic principles. By 1956 the congregation had tripled its size, far outpacing other Lutheran churches in the area.

Ground was broken February 7, 1960 for the new church building, and the first service was held December 11, 1961 with an attendance of 365 congregants. The church even had air conditioning, and had a final cost of over $187,000. A new educational building with eighteen classrooms, a library, and administrative offices was built at a cost of $160,000 in 1967. These buildings are in use today.

In the 1990s, Epiphany was one of the few churches that continued to see gains in membership at a time when membership in many churches began declining. 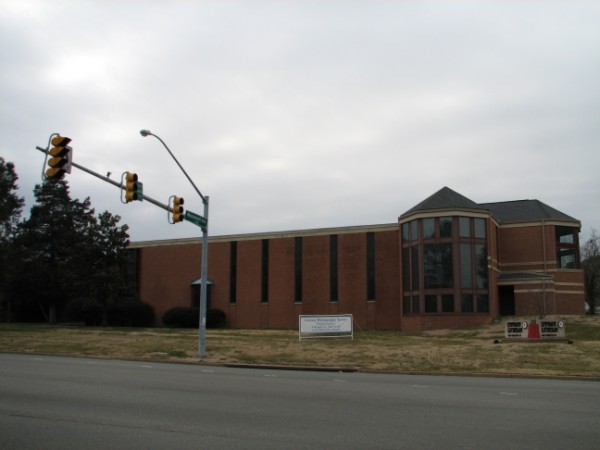 Epiphany now claims nearly 1,000 baptized members and over 700 confirmed members, with an average weekly service attendance of 400. The congregation is mostly white and middle-class. As an ELCA congregation, Epiphany is theologically liberal in their interpretation of the Bible. Two Sunday services are held, as well as a Wednesday Holy Communion and healing service. For children, both nursery services and Sunday School are provided, along with summer Vacation Bible School. Adult Sunday School and Bible Studies round out Christian education programs for adults. A weekly dinner is held on Wednesdays; women’s circles and a men’s group each meet monthly; youth groups are available for middle and high school students; monthly fellowships are scheduled for young adults and older adults alike; and the congregation has formed a quilting club, two singing choirs, and a bell choir. Epiphany also supports basketball, softball, and 10K teams.

In the community, Epiphany is most well-known for the Epiphany Lutheran Nursery School, a half-day program for children ages 1 to 4. The church provides food for the needy through Freedom House and the LAMB’s Basket Food Pantry, shelter for the homeless through CARITAS, housing for the poor through Habitat for Humanity, and money to Interfaith Services of Henrico County and the Virginia Institute of Pastoral Care. Epiphany also works with Lutheran Family Services on a variety of projects, and participates in the lay ministry training program, Stephen Ministry. Their resident Health and Wellness team offers periodic blood pressure and wellness screenings for community members.