In the absence of a venue in which to hold Indian cultural events in the Richmond area, several families of Indian descent conceived the idea of the Cultural Center of India (CCI) in 1994 and began working on the idea in 1998. Fundraising soon began and as a result of donations of money and land by several members of the Indian community, and construction of the center was completed in 2002. The interior of the center consists of an entrance area, main hall, dining hall, kitchen, and stage. Families may affiliate with the center for an annual fee, and lifetime memberships are available in return for more substantial contributions to the center. The Cultural Center of India is governed by a Board of Trustees and an Executive Committee that consists of the President, Vice-President, Treasurer, Secretary and Accountant. The center facilities are available for rent and are open to any ethnic, cultural, or religious group. 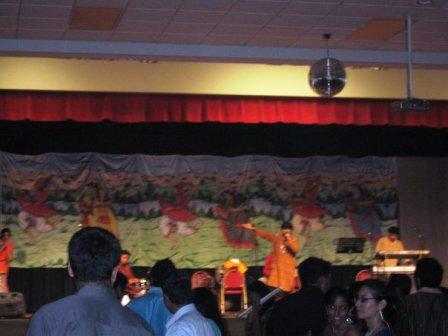 Numerous events are held at the Cultural Center of India representing India’s various religious and cultural traditions, including the Taste of India Festival, Garba, New Years Eve Dhamaka, Diwali, Holi and Punjabi Mela. The Taste of India Festival (Indian cultural festival) is a non-profit festival that represents India’s cultural diversity. All the proceeds from this event go to either the local Hindu temple or to help pay off the center’s debt. Garba, a traditional Gujarati religious celebration, is a part of an extended celebration known as Navratri, which is nine days long. During the Garba celebrations, men and women participate in dances known as Garba and Raas. Garba is a traditional dance in which the participants repeat the same steps in a choreographed fashion. Raas is a dance in which participants clap dandiya, or wooden sticks, with a partner, and move in opposite directions so that each participant has a different partner until everyone fully rotates.

Diwali is a holiday celebrated by the majority of Indo religions. It is often known as the ‘Festival of Lights’ in the Western world. It is significant in Hinduism because it represents the triumph of Ram, a Hindu Lord, over Ravana. In Sikhism, it represents the homecoming of Guru HarGobind Ji after his being imprisoned by the Mughal’s. Diwali is celebrated over five days in which different Gods are worshipped on different days. Diwali is celebrated with the lighting of numerous candles, and in some places fireworks are even ignited to celebrate. 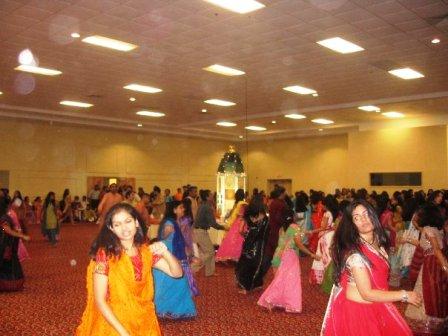 Holi is another Hindu celebration known as the ‘Festival of Colors’ in which participants throw colored powder made from herbs and water at each other. This is celebrated by may different religions in India, not just Hinduism. The celebration of Holi represents the death of Holika, the daughter of Hiranyakashipu, a king who was given power such that he couldn’t be killed during the day or night, inside or outside of his home, in the sky or on land, nor by man or animal. He was finally killed by Lord Vishnu who assumed the form of a half-man/half-animal and who killed him at dusk on the porch of his house, thus evading all of the protections of Hiranyakashipu.

Punjabi Mela is a traditional Punjabi festival that incorporates both the serving of food and dancing.