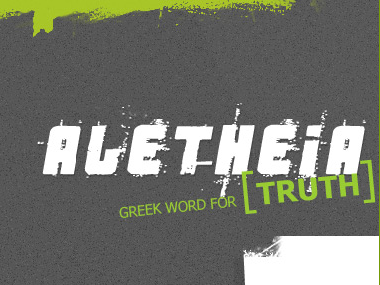 The Greek word “aletheia” translates into English as “Truth.” The creed of Aletheia is that the Bible is the only truth and is the sovereign word of God and that Jesus Christ is the savior of the world who was born, crucified, and rose from the dead to restore the broken relationship between God and mankind. The organization describes its mission as “ to love God, to love others, to make disciples/evangelize, to baptize, to systematically teach Biblical insights, and to develop world Christians.” Aletheia regards the campus groups at James Madison and Virginia Commonwealth universities as the first steps in accomplishing that mission.

Aletheia meets weekly on Sunday evenings for a large group worship gathering at which the organization spends time in worship, prayer, scripture reading, and scripture learning. There are also unisex small group meetings, known as community groups, that meet weekly for a dinner prepared by students, Bible study, and a time of prayer. As part of their desire to reach out and serve the community, Aletheia organizes a weekly dinner inviting people from the Richmond community, including international students from different religions and cultures as well as homeless people, for a home cooked meal.

The average attendance at the Sunday night service is about 75-80 students. Participants are ethnically diverse and include Asians, African-Americans, Hispanics, Middle-Easterners, Philippinos. There are also attendants from different religious traditions, including Islam, Judaism, and Hinduism, that enrich the multi-cultural orientation of the organization.