1995 Elise divorced her husband, left her family, and moved to Seattle to pursue her spiritual interests.

2002 (June 21) Elise was ordained as a minister by Spiritual Healers and Earth Stewards.

2011 Local police raided the temple based on allegations that the church was a brothel.
FOUNDER/GROUP HISTORY

Tracy Elise founded the Phoenix Goddess Temple of Phoenix, Arizona in 2008. Fifty-year-old Elise, who serves as the church’s 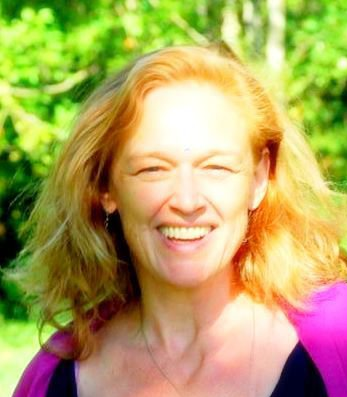 Mother Priestess, is a former housewife who previously resided with her devout Catholic husband and their three children in Fairbanks, Alaska. There Elise won Miss Harvest Queen at the State Fair and attended the local Pentecostal church, “where she says she spoke in tongues and served as precinct captain for Pat Robertson’s 1988 presidential bid” (Best 2010). Largely as a result of her intense spiritual discontent, Elise reports, she divorced her husband and left her family in 1995. She has identified a particular moment that impelled her to relinquish her conventional lifestyle: “‘I remember I was in my little tract home, folding laundry, watching this A&E documentary about Simone de Beauvoir, about all the lovers she had, and thinking, “I’m never going to have that kind of life, that kind of excitement,” she says’” (Best 2010).

Elise relocated to Seattle, where she worked as a masseuse and explored Tantra, New Age religions and Eastern philosophies. She and an acquaintance, Vivian Ellis (Rainbow Love), jointly created a temple that offered instruction in Tantra. On June 21 st 2002, Elise was ordained as a minister by the International Assembly of Spiritual Healers and Earth Stewards at a summer solstice ceremony. Elise moved to Arizona in 2008 and opened the Phoenix Goddess Temple, a Neo Tantra, non-denominational and multi-faith “life force energy temple” created “to teach people about the sacred feminine aspect of the creator” (McMahon n.d.).

Elise identifies her religion as Tantra and states that the church offers lessons in “whole body healing,” available through a variety of class offerings and with the aid of various practitioners or touch healers. The Phoenix Goddess Temple website describes the temple’s mission in the following way: Our temple is an open source for all who wish to better know the Great Mother and her unique gifts for healing body, mind and soul. We seek to help women, men and couples discover their own divine connection between soul, light body and sacred vessel…. Our teachings are body centric, emanating from the resonating vessel, which is your own Sacred Self” ( Phoenix Goddess Temple n.d.).

“We work with many energy systems, the primary model being the Chakra Ladder of Light, which is recognized for over 5000 years by the Hindu, the Egyptians and Tibetan Buddhists.”

“We revere the human body as our gift from the Mother Goddess, which gives the soul all opportunity to play and learn on planet Earth.”

“Orgasm is a Holy moment, when Heaven and Earth merge in the body as ‘ Paradise right now’, before, during and after orgasm we feel connected to God/Goddess and all of Creation.”

The Tantric emphasis of the feminine as well as the masculine aspect of God features prominently in Elise’s discourse. She notes that little is taught “about the feminine face of God” and avows that “we believe that sacred sexuality and wholesomeness in sexual energy emanates from the woman” (McMahon). She also maintains that the temple and its healing ceremonies empower women.

One of the temple’s touch healers, Wayne Clayton, has laid claim to divine or miraculous powers: “He says one of his clients in Chicago lost a breast to cancer, and after several healing sessions with him, she grew her breast back. He says another woman in Chicago, this one suffering from cervical cancer and a subsequent hysterectomy, grew her female organs back through energy work” (D’Andrea 2011).

The Temple describes its rituals as follows: “As a Neo Tantra Temple, we bring together many traditions which guide us into right and loving use of the life force within our bodies. As Priests & Priestesses, we conduct this heavenly light into the physical plane, likewise, we lift form into higher frequencies of heaven! This up-down pillar of light exchanges continuously between heaven and earth, body, soul and Source ( Phoenix Goddess Temple n.d.)

The temple’s central rituals consist of the various Tantra classes or healing ceremonies offered to “seekers.” These are organized into introductory, intermediate and advanced levels and involve instruction from or interaction with a practitioner. Female practitioners are referred to as “goddesses” and generally assume goddess identities such as Shakti, Isis and Aphrodite. Male practitioners are commonly called “touch healers.” According to the Temple website, the church healers “seek to help women, men and couples discover their own divine connection between soul, light body and sacred vessel” and “offer group classes and one-on-one teachings and training, play shops and internships,” all meant to “make use of the gifts of the Goddess” and allow seekers to, among other things, “feel the light of your own soul” and “feel the chakra wheels spinning your self into physical existence.”

The ten thousand square foot temple houses a reception area, a Transformation Chamber which seekers enter to remove their clothing prior to instruction from one of the temple’s goddesses or male practitioners, and healing chambers, which contain “high altars” and “altars of light.” These sessions typically feature a lengthy massage with oils, sacred herbs and crystals, to stimulate the chakras, and frequently culminate in sexual stimulation as well.

Elise considers her calling to be of a holy nature and regards sex as intrinsically connected to spirituality. She conceives of these whole body healing sessions as beneficial to the spiritual and physical welfare of the temple’s seekers. She has repeatedly extolled the healing power of the temple’s ceremonies, especially the sacredness of the orgasm. Furthermore, “she herself seems to believe most fervently in what she calls ‘direct downloads from God,’ immediate communication from the divine that can take the form of signs, omens and physical sensations” (Best 2010). Elise understands herself to be receptive to such downloads.

Elise serves as the Mother Priestess and Mystic Mother of the temple. She oversees the goddesses and touch healers, leads 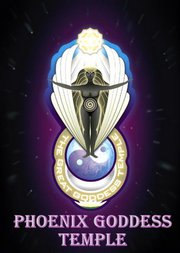 sessions and classes, and organizes events. Temple participants include guests (who seek information about the Temples activities), seekers (“who have a spiritual practice or have had in the past, and are now feeling led to find new sources of energy, direction and connection to the Higher Power”), initiates (“who have found genuine soul-food in our temple”), brothers and sisters (“who have decided to really support the Goddess Temples”), priests and priestesses (“who have a gift for channeling light into matter”), and healers and guides (who have “gifts to give as well as receive”) (Phoenix Goddess Temple n.d. “In Temple”).

The goddesses total about fourteen in number and “come from diverse backgrounds: There’s a former accountant, paralegal, nurse, even a bank CEO, along with what Elise describes as at least three ‘runaway housewives’” (Best 2010). The goddesses typically work with male seekers, and the male touch healers provide instruction or healing for female seekers. In addition to the healing ceremonies, the church also holds a weekly Sunday brunch and worship service and offers Friday night sex education classes, Yoga Pain relief classes, Naked Life coaching and a monthly Healing Abuse/Trauma Circle. There are two other Neo Tantra temples in Sedona, Arizona affiliated with the Phoenix Goddess Temple. At the conclusion of the session, participants are instructed to leave a temple offering or donation. They are advised to “look for the lotus candle on an altar in your transformation chamber. Your love offering is an active way for you to help restore the balance of Yin / Yang energies here on planet earth as every Temple of the Mother provides much needed Yin to the Universal Web of Life” (Phoenix Goddess Temple n.d. “Offerings of Support”). The donation schedule stipulates amounts between two hundred and eight hundred dollars, depending on the number of participants and guides and the length of the sessions.

Phoenix Goddess Temple has encountered opposition from a variety of sources, including local residents, investigative journalists, therapists, and law enforcement agencies. Police visited the Phoenix Goddess Temple at its Scottsdale location in 2009 after residents complained. They charged the temple with city code violations, which resulted in the church’s relocation. Journalists have expressed skepticism about the Temple’s actual purpose. Journalist Jason Best interviewed Elise extensively for Phoenix Magazine and visited the temple in 2010. He wrote that while Elise asserts that she draws from the Indian philosophy of Tantra, “there is no single sacred text, no structured theology. In one conversation, Elise can toss off references to Buddhist philosophy, Biblical scripture and Celtic legend, throwing in a Taoist aphorism for good measure” (Best 2010). Another journalist dubbed it, “nothing more than a New Age brothel practicing jack psychology techniques” (D’Andrea 2011).

Professional therapists have expressed concern regarding the Goddess Temple’s healing techniques, especially the sessions for those who have suffered sexual abuse. The Phoenix New Times quoted licensed Arizona therapist Diane Genco: “If these non-traditional healers are not qualified or credentialed in understanding post-traumatic stress disorder and all the things that go with that — the ripple effects of trauma — it could be harmful” (D’Andrea 2011).

Some of the Temples own practices have reinforced suspicions about its actual nature. For example, before engaging in services at the temple, seekers are required to sign a waiver stating, “‘I acknowledge I will not receive any type of sexual gratification in exchange for money during my session’” (D’Andrea 2011). The waiver also states that all touching that occurs during the sessions is consensual. The church’s sizable suggested donations, coupled with its history of advertising on adult websites and in the adult sections of local newspapers, has fueled such speculations.

Law enforcement agencies have consistently treated the Temple as a brothel masquerading as a church. In 2009, three of the Seattle Tantra temples that Elise had been affiliated with were raided by police. Elise’s former associate Rainbow Love was charged with promoting prostitution. Following a six-month investigation, police raided the Phoenix Goddess Temple in September 2011, “having obtained a search warrant after initiating several undercover deals and determining that the Temple Goddess employees had been trained to use evasive vocabulary,” including terms such as “seekers” and “sacred union” (Caron 2011). Maricopa county attorney Bill Montgomery stated that, “We’re not viewing this in any way as somehow protected by the first amendment. This is not religious expression. This is a criminal activity and those responsible thought they were being too clever by half by coming up with different terms” (Caron 2011). Eighteen people were arrested; charges of prostitution, pandering and conspiracy were levied against over thirty members of the temple. Elise was incarcerated in Maricopa County, with bail bond set at $1,000,000.

For its part, the Phoenix Goddess Temple has vigorously defended its legitimacy. The goddesses do not deny the existence of the Temple’s sexual practices; they simple assert that “at the core, what distinguishes their ‘practice’ from common sex work is the matter of their intention” (Best 2010). Elise argues for the holiness of the orgasm: “You have absolute peace, you do not fear death, and you have no experience of lack or separation. The point of religion is peace of mind, returning the physical body to what is eternal, so I have to ask, how is what we’re doing not religion?” (Best 2010). As for her personal legitimacy, Elise has responded that she is “under the jurisdiction of the most high” (D’Andrea 2011).

Best, Jason. 2010. “Oh, Goddess: Tracy Elise is Preaching Her Gospel of Transcendence Through Pleasure to the Valley, Which Raises One Big Question: Can Sex Be a Religion?” Phoenix Magazine. March 2010. Accessed from http://www.phoenixmag.com/lifestyle/valley-news/201003/oh–goddess/2/ on 21 October 2011.