1901:  Alma White traveled to Chicago to attend the General Holiness Assembly as well as a meeting sponsored by the Metropolitan Church Association.

1901 (December 29):  Alma White founded the Pentecostal Union, later known as the Pillar of Fire, in Denver.

1902 (March 16):  Alma White was ordained along with another woman and three men as clergy in the Pentecostal Union.

1919:  The Pentecostal Union officially became the Pillar of Fire.

Mollie Alma Bridwell was one of eleven children born to William and Mary Ann Bridwell on June 16, 1862. She reported an unhappy childhood because she believed her parents had hoped for another boy. She also was compared unfavorably to her sisters who were said to be prettier and smarter. 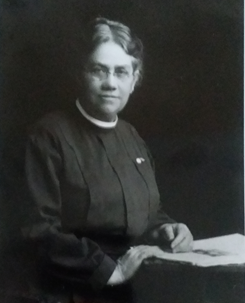 Montana before moving to Denver. On December 21, 1887 she married Kent White, an aspiring Methodist minister whom she had met in Montana in 1883. After completing his studies at University of Denver, he was ordained in 1889.

Mollie Alma White had experienced conversion as a teenager in Kentucky under the preaching of the well-known evangelist William B. Godbey (1833–1920). Later, she understood that sanctification or holiness was a subsequent religious experience that was to be sought following conversion. Holiness was a Methodist doctrine that became the hallmark of the Wesleyan/Holiness movement, which consisted of organizations and denominations that emerged during the nineteenth and twentieth centuries. Despite her prolonged quest, White initially felt that sanctification eluded her. It was not until she followed the teaching of Phoebe Palmer (1807–1874), completely consecrating her life to Christ and claiming the experience by faith, that she was able to claim sanctification on March 18, 1893.

Mollie Alma White believed that sanctification resulted not only in purity of heart by removing inbred sin but that it conferred power for ministry. She called it “the great event of my life, fitting me for the preaching of the gospel” (Alma White 1939:62). The birth of two sons did not deter her from fulfilling her calling to preach. She began preaching later in 1893, first on Kent’s Methodist circuit, and soon branched out by conducting independent revival meetings initially in Colorado and then throughout the West. The doctrine of sanctification became a prominent sermon topic for her.

Dropping her first name, Alma White established her first independent mission in Denver on July 7, 1896. Within two years, she was supervising four other missions in Colorado and Wyoming. On February 1, 1899 she started a religious training school in 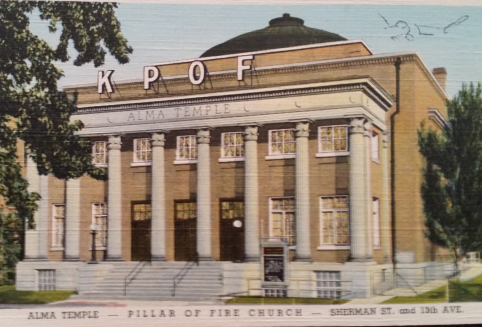 Denver for her followers. Alma White purchased the property and supervised construction of the building, which seated 1,000 and had thirty-four bedrooms. Adopting the pattern of other Wesleyan/Holiness groups, she founded her own church, the Pentecostal Union on December 29, 1901 with fifty charter members. In 1902 Alma White participated in services in New England with the Burning Bush, the popular name of the Metropolitan Church Association, whose leaders she had met in Chicago the prior year. They cooperated in other services in Illinois, Iowa, California, Texas and London until they parted ways in a dispute over land in 1905. Alma White persevered, securing property in New Jersey. There, she established Zarephath, which replaced Denver as church headquarters in 1908.

Alma White had been ordained in 1902 in the Pentecostal Union. The possibility of ordination had been one reason for leaving Methodism. This represented a major milestone because the Methodist Episcopal Church did not ordain women at the time and refused to grant women full ordination rights until 1956. The Pentecostal Union recognized her leadership by consecrating her as bishop on September 1, 1918, making her the first woman bishop in the United States. At this time, the church adopted its book of discipline, which regulated church life. While the name Pillar of Fire was used as early as 1904 with the publication of Pillar of Fire magazine, the church did not officially change its name to Pillar of Fire until 1919.

Alma White continued to purchase properties for branches throughout the country. She also bought a 100-room estate in 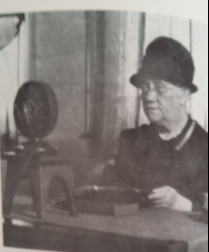 London. Arthur White (1889-1981), Alma’s son, stated in 1948, “some 50 branches of the society were organized” (Arthur White 1939:391). An unpublished list itemized 82 properties including buildings and lots purchased between 1902 and 1946. There were approximately 5,000 members at the church’s height. By 1940 the church sponsored eighteen private Christian schools throughout the United States. The outreach of Pillar of Fire extended to the acquisition of radio stations in Denver and New Jersey. Publications were also an important aspect of the church’s outreach. White wrote more than thirty-five books and edited six magazines. She played an active role in the leadership of the church, preaching until shortly before her death on June 26, 1946. Her son Arthur led the church until 1978 when his daughter, Arlene White Lawrence (1916–1990), took over, serving as president and general superintendent until 1984.

While Alma White rejected the Methodist Episcopal Church, she maintained allegiance to the doctrines she identified as old-fashioned Methodism. Prominent among these was the belief in sanctification or holiness, also known as the second work of grace. John Wesley (1703–1791), the founder of Methodism, had promoted the experience as occurring after conversion, the first work of grace, which was when seekers confessed their sins and accepted Christ’s forgiveness. Wesley taught that holiness resulted in death to sin and a life of love modeled after Christ. Phoebe Palmer popularized the doctrine in the United States through her writings and preaching. Alma White adopted Palmer’s understanding of the means of achieving holiness even though she did not acknowledge this indebtedness. This theology places the Pillar of Fire in the Wesleyan/Holiness tradition.

Alma White rejected modernist theology as did fundamentalists. However, she did not share the fundamentalist doctrines of predestination, inerrancy or biblical prophecy with respect to end times. Another difference from the fundamentalists, illustrated by her view of conversion and sanctification, was that experience took priority over reason as a source of theology.

Alma White espoused an anti-worldly posture toward the surrounding society. Despite her emphasis on separation from the world, she contributed a vitriolic voice to the anti-Catholic movement, understanding her nativism as an expression of patriotism. She formed an unholy alliance with the Ku Klux Klan, primarily to further her agenda of promoting “100% Americanism.” One of her magazines, Good Citizen, was dedicated to “exposing political Romanism [Catholicism] in its efforts to gain the ascendancy in the United States” (White 1935-1943 3:293).

Alma White also departed from her commitment to separation from the world by promoting feminism, not only in the church but 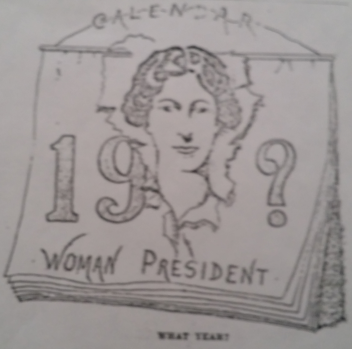 also in the public arena. She promoted a standard definition of feminism: “In every sphere of life, whether social, political, or religious, there must be equality between the sexes” (“A Woman Bishop” 1922). Like other Christian feminists, she maintained that Jesus was “the great emancipator of the female sex.” Believing women’s equality was God’s will, she listed the religious and political equality of the sexes as a part of the Pillar of Fire creed (White 1935-1943 5:229). She documented a biblical precedent for her views, quoting from the story of Pentecost (Acts 2), Paul’s statement of equality in Galatians 3:28, and offering a litany of women in the Bible who operated outside the patriarchal women’s sphere. She supported suffrage for women. Pillar of Fire became the first religious group and one of the first organizations to endorse the Equal Rights Amendment when it was introduced by the National Woman’s Party in 1923. Alma White established the magazine Woman’s Chains in 1924 as a forum for her feminist message.

Alma White’s anti-worldly position manifested itself most notably in Zarephath, which became a self-sustaining community. Pillar of Fire branches also provided housing for its workers. They operated on “the faith line” by relying on unsolicited donations to support their work rather than seeking money to pay their bills. Separation extended to requiring followers to give up secular employment and work solely for the church. Pillar of Fire presses published their own books and magazines, which members sold door to door.

Worship was not confined to church buildings. Alma White and her followers conducted tent meetings and open-air street meetings. They engaged in parades to attract a crowd, which they would then lead to the branch where they would conduct a church service.

In its early years, the Pentecostal Union received attention for its exuberant worship. Newspaper reporters documented the jumping that took place during worship services, soon giving the group the nickname “Jumpers.” Alma White initially embraced the designation but, when the Pentecostal movement emerged in 1906, she soon abandoned the term to avoid identification with Pentecostalism, which had become known for its lively worship style and speaking in tongues. The name “Pentecostal Union” continues to cause confusion with people assuming that Alma White and her group spoke in tongues. However, she chose the name prior to the emergence of the Pentecostal movement and never advocated speaking in tongues.

When a reporter asked Alma White about her leadership style, she responded, “my word is final.” The reporter accurately concluded that she was “a dominating personality with no nonsense about her, she rules her people with a beneficent hand” (“A Jersey Bishop” 1926). Alma White closely supervised her branches. From the first land purchase in Denver, she personally handled the myriad details associated with property acquisitions, never relinquishing power of attorney to someone else. She closely oversaw building construction of branches.

Alma White frequently visited her church’s branches to monitor their activities. Her comprehensive supervision of her followers extended far beyond ministerial placement. For instance, one member noted that Alma White had admonished members to spend thirty minutes outdoors daily (Huffman 1908). Most members did not seem to mind her far-reaching control over their lives.

In her early years of preaching, Alma White faced opposition from Methodist clergy who questioned her right to preach because she was a woman. She was well aware of the sexism that motivated their attempts to restrain her within their notion of woman’s sphere. She remembered, “the pastors said it was a woman’s place to stay home and look after husband and children” (White 1935-1943 2:30). Likewise, they were upset by her renown as an evangelist and her preaching of holiness. She founded Pillar of Fire to escape limitations on her preaching and provide the chance for women as well as men to become ministers. Her ordination symbolized White’s final break from Methodist control.

Kent White’s support of his wife’s ministry was inconsistent. Initially, he opposed the founding of the Pentecostal Union.However, he relinquished his Methodist ministerial credentials and aligned with the group on March 14, 1902, two months after its founding. At times, he championed her preaching, no doubt because it reflected well on his own ministry. On other occasions, he sided with Methodist clergy who opposed his wife. He particularly challenged her preaching on the doctrine of holiness. Sexism more than likely also fueled his opposition. He had expected his wife to play a supportive role in his ministry but she had rejected this status. Instead, she assumed the primary leadership position. He resented being labeled “Mrs. Alma White’s husband” (White 1935-1943 3:144). In 1909, he made good on prior threats to leave, primarily over the issue of speaking in tongues. Alma White refused to embrace this practice despite her husband’s urging. Notwithstanding several attempts, the two were never reconciled. In 1920, Kent White intended to sue Alma White, claiming he was co-founder of the Pillar of Fire and therefore entitled to one-half of the church’s assets. Alma White believed this action was motivated by the Apostolic Faith Church, which Kent had joined in England. She sued him for desertion to make the case that he had no role in the church. While the judge dismissed her case, the information revealed in the trial allowed her to maintain control of her church. Kent’s ongoing efforts to squelch her autonomy in doctrinal issues and church leadership repeatedly failed.