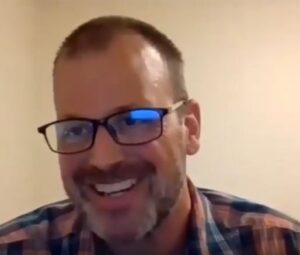 Nova Religio Article:
“The Magical Theory of Politics: Memes, Magic, and the Enchantment of Social Forces in the American Magic War,” Nova Religio vol. 23 no. 4 (May 2020).

Article Abstract:
Evangelical Christian support for Donald Trump quickly became a focus for journalistic and scholarly efforts to understand the results of the 2016 presidential election. Most studies have focused on Trump’s position on social issues or voters’ racialized nostalgia for an idealized American past. In this article, however, I draw attention to motives not analyzed by these studies. Among the leaders of the New Apostolic Reformation, a new charismatically inclined Christian movement, alleged prophecies explaining that God had chosen Trump to become president compelled their support for his candidacy, presidency, and attempt at reelection in 2020. I argue that Trump’s support among what I call prophecy voters resulted from their obedience to these prophecies and the accompanying mandate to combat alleged demonic conspiracies aligned against President Trump that seek to prevent the eventual establishment of the Kingdom of God on Earth.