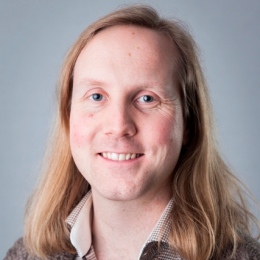 Nova Religio Article:
“The Magical Theory of Politics: Memes, Magic, and the Enchantment of Social Forces in the American Magic War,” Nova Religio vol. 23 no. 4 (May 2020).

Article Abstract:
The election of the 45th president of the United States set in motion a hidden war in the world of the occult. From the meme-filled underworld of alt-right-dominated image boards to a widely publicized “binding spell” against Trump and his supporters, the social and ideological divides ripping the American social fabric apart are mirrored by witches, magicians, and other esotericists fighting each other with magical means. This article identifies key currents and developments and attempts to make sense of the wider phenomenon of why and how the occult becomes a political resource. The focus is on the alt-right’s emerging online esoteric religion, the increasingly enchanted notion of “meme magic,” and the open confrontation between different magical paradigms that has ensued since Trump’s election in 2016. It brings attention to the competing views of magical efficacy that have emerged as material and political stakes increase,and theorizes the religionizing tendency of segments of the alt-right online as a partly spontaneous and partially deliberate attempt to create“collective effervescence” and galvanize a movement around a charismatic authority. Special focus is given to the ways in which the politicized magic of both the left and the right produce “affect networks”that motivate political behaviors through the mobilization of (mostly aversive) emotions.