Carole M. Cusack graduated from the University of Sydney with a Bachelor of Arts 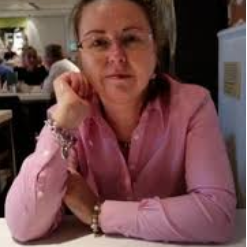 (double Honours in Religious Studies and English Literature) in 1986. She completed a doctorate in the Faculty of Arts, with a thesis entitled ‘An Examination of the Process of Conversion Among the Germanic Peoples in Late Antiquity and the Early Middle Ages’ (published as Conversion Among the Germanic Peoples, Cassell, 1998) at the University of Sydney, graduating in 1996. In the same year she was appointed to the a full-time staff of the Department of Studies in Religion. She graduated in 2001 with a Master of Education (Educational Psychology) degree. She has received a Faculty Excellence in Teaching Award (2004), a College of Humanities and Social Sciences Excellence in Research Supervision Award (2006), and a Vice-Chancellor’s Award for Excellence in Research Higher Degree Supervision (2010).

From 1 January 2016 she is Editor of Literature & Aesthetics (journal of the Sydney Society of Literature and Aesthetics) and Co-Editor (with Rachelle Scott, University of Tennessee at Knoxville) of Fieldwork in Religion (published by Equinox). She is co-Series Editor (with James R. Lewis) of the Brill Handbooks of Contemporary Religions series and serves on the Editorial Boards of the Sophia Monograph Series (Springer), the Sacred and Secular Histories series (Palgrave Macmillan), Oxford Studies in Western Esotericism (Oxford University Press), and the ISSNR Approaches to New Religions series (Palgrave Macmillan).

She is Professor of Religious Studies at the University of Sydney, a Personal Chair to which she was appointed in January 2013. Her research interests include medieval religion, New Age studies, European mythology, religious conversion, religion and new media, Pagan Studies, pilgrimage and tourism, witchcraft and magic, new religious movements, contemporary Christianity and civil religion.