Welborne United Methodist Church is located in the Far West End of Richmond on the corner of Patterson Avenue and Maybuery Drive. As many churches in Richmond’s West End, it is nestled in a wooded neighborhood and its front “yard” is home to signs and banners celebrating either the seasons, or a special upcoming event hoping to catch the eye of commuters on Patterson Avenue. 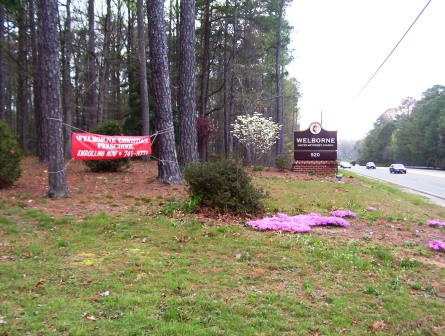 Welborne United Methodist Church was founded in 1954 as the result of the monetary and land donation of Mrs. Mrytle A. Welborne, a member of Broad Street United Methodist Church. The congregation was built by Dr. Starke Jett, who went “door to door” to find people interested in attending a local Methodist Church. According to the church website, he succeeded in securing his first member during the 1954 World Series. In late 1954, Welborne held its first service, attended by fourteen congregants. Services were originally held in Ridge Elementary School on Three Chopt Road. The current church building construction began in 1955, and the first service was held on Palm Sunday, March 25, 1956.

Over the last fifty years Welborne has grown in both building and congregation size. Several additions have been made as a parsonage was built and additional acres were purchased. The Welborne church currently has an education and activities building, an enlarged sanctuary (from its original design), and a Sunday school building. The church shares its facilities with various community groups, Christian-based programs and scouting troups. Welborne is also home to a 55-rank pipe organ and regularly holds recitals and concerts. 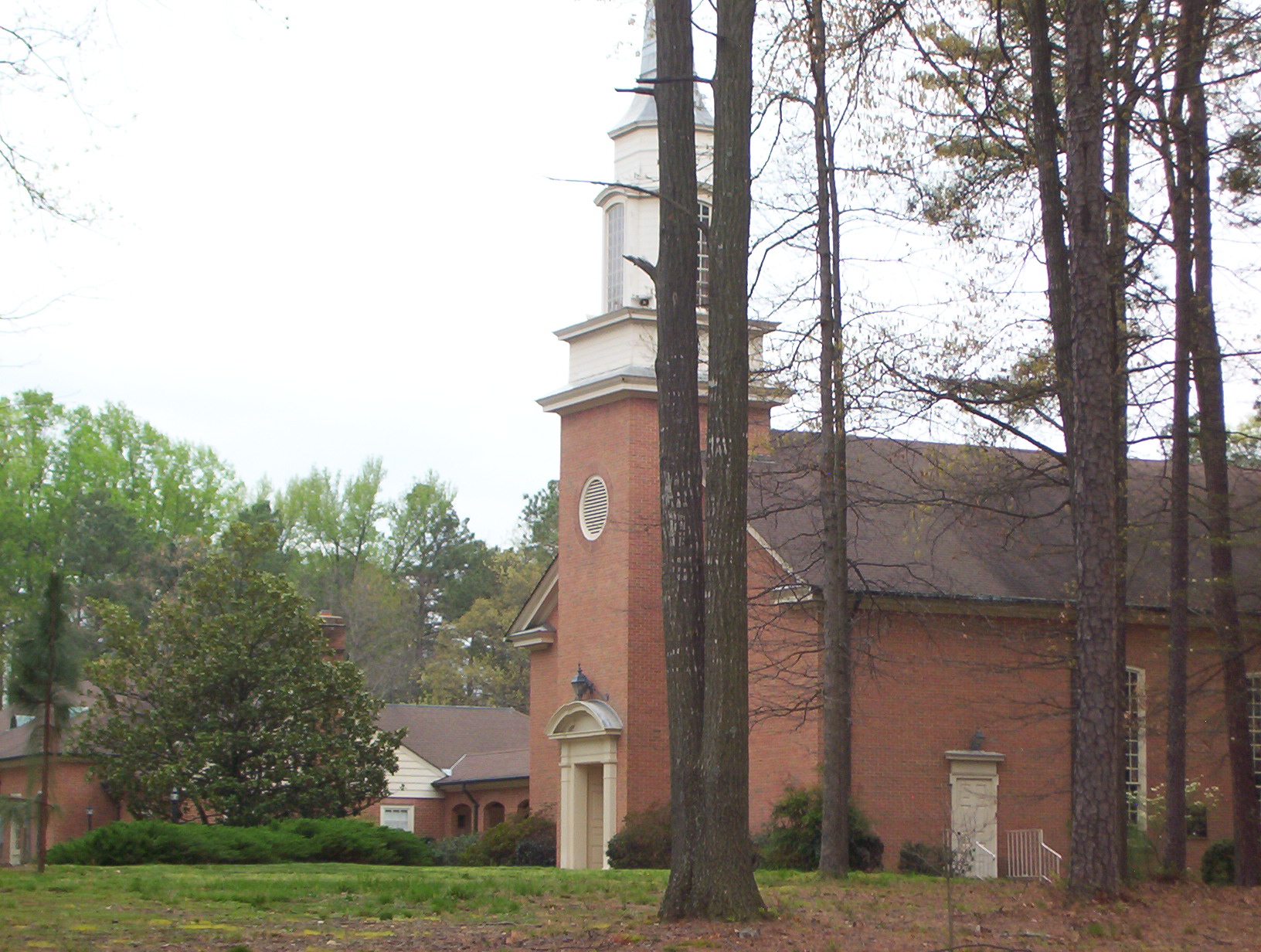 Currently Welborne United Methodist Church offers many of the staples of United Methodist Christian education. The church provides Sunday school meetings for children and adults. Their Sunday School Program begins with the pre-K (beginning with children aged 2) through adults. The children’s Sunday school is offered simultaneously with the adult Sunday school programs on Sunday morning; however, they provide two separate times for meetings, one Sunday school program begins in the early morning and the other is held during the standard Sunday morning worship service, offering church-goers the opportunity to attend an early service and then later Sunday school, or Sunday school followed by the later worship service. The Sunday school classes for adults vary in topic and slightly by age. There are offerings for women and young professionals, and there are different “study groups.” Depending on which Sunday School is preferred, the class time will vary as well. The Young Professionals class is geared toward those who also attend the Contemporary Service so it is held during the Traditional Service.

Along with their Sunday school programs they also provide a program called “Discipleship Classes,” which are aimed at those members of the church/congregation who are seeking more knowledge about the Christian faith tradition, the history of the church, and different aspects of the development of Christianity. These classes also are aimed at churchgoers who are seeking a more active role in their Christian community. One such course through the Discipleship Classes is entitled “Authentic Outreach” and is intended to “help Christians understand how to share their faith” and is designed to help “teach us how to speak the language of faith with integrity in a culture that does not understand it.” Enrollment in the Discipleship Classes does require a nominal fee.

Welborne United Methodist Church sponsors a group called “Women of Faith” that is designed for women seeking a fellowship of Christian faith. Their meetings are generally discussion groups for their book selections. There is another book club, which is for both male and female members. During the summer months Welborne offers an Intergenerational Vacation Bible School. There is a “Welborne 101” class that is designed for those who are considering joining the church.

Welborne conducts three distinct worship services, the Early Morning Service, the Traditional Service, and the Contemporary Service. The Early Morning Service is aimed at the more contemplative worshiper, is relatively low-key and relaxed, and is generally accompanied by organ and piano music. Welborne’s Contemporary Service is accompanied by their own Christian Praise Band that consists of singers and instrumentalists. Lyrics are displayed on a large screen to allow people the freedom of dance and movement while singing. Welborne also has Chime Choir, (a hand-bell choir) for the adults and youth members. The church recently formed an eight to ten piece orchestra made up of adult and teen members who usually play at the Traditional Service.

The Welborne Youth Program is managed by a Youth Pastor and has it’s own website that is maintained by members of the youth group. The Welborne United Methodist Youth Fellowship meets on Sunday evenings, and alternates between dinners, events and other various activities. The group also participates in fund-raisers in the Richmond region and organizes retreats and trips aimed at community engagement, Christian fellowship, or team/community building exercises.

The United Methodist Youth Fellowship also participates in CARITAS, a Richmond initiative providing food, shelter and care for the homeless of Richmond. Among their retreats are Ski-trips and Lake Junaluska, (a United Methodist Retreat Center in North Carolina.) The Confirmation Group at Welborne will be held at Westview on the James, a United Methodist Retreat Center in Goochland County. Welborne Senior High Youth also have a Friday morning “ritual” before school called “Bible and Bagels” held at nearby Gayton Crossing.

Among the regular church events that accompany all holiday seasons, Welborne hosts various community events. The church often has yard sales and also hosts an event called “Family Fun Day,” which entails crafts, food, music and other family oriented events like face painting and children’s games. This event is open to the public both in attendance and participation as they allow the community to rent booths for the event as well.

Welborne United Methodist Church is currently home to over 770 members. The church estimates that its membership grows by 20-30 members a year. The Early Service generally draws 35-50 worshippers on average; the Contemporary Service about 75-95 worshippers, with as many as 140-150 for the holiday services; and the Traditional service generally has about 100-140 attendees. Most church members and attendees are local residents.