Lohri is the harvest festival that is celebrated in Northern India in the lunar month of Paush, which 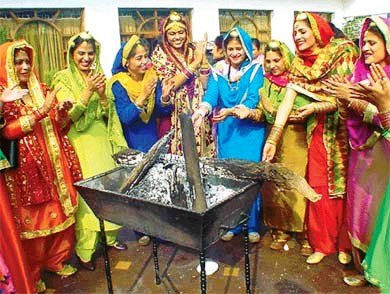 corresponds to December/January. In the Punjab region, wheat is the main crop, and between planting and harvesting the wheat, there is a major celebration. It is widely regarded as the Indian equivalent of Thanksgiving. Typically there is a massive bonfire around which locals will gather to dance, tell stories and enjoy a feast. Dulla Bhatti is a central figure in Lohri songs of celebration. He was a Muslim version of Robin Hood who would steal from the rich and give to those less fortunate, save girls from being sold into slavery, and pay for these same girls’ 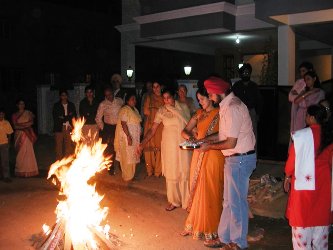 weddings. He became known as a hero throughout the state of Punjab. In the morning, young boys go to neighbors’ homes and sing tales of Dulla Bhatti. The boys are rewarded with treats and sometimes money. If a family does not give something to the boys, it is regarded as inauspicious.