The Visitation of the Holy Mary Monte Maria

The biblical story of the Visitation of Holy Mary to her cousin St. Elizabeth has been an inspiration to the Christian world through out the ages. In 1610 The Order of the Visitation of the Holy Mary was established by St. Francis de Sales and St. Jane de Chantal in France. Monasteries of this Order were established in the United States as early as 1799. In 1866 Bishop John McGill of Richmond, Virginia requested that the Sisters of the Visitation from Baltimore, Maryland move to Richmond to pray for this Catholic Diocese and particularly for its priests. Seven members of the order (Mary Juliana Matthews, Mary Innocent McAtee, Mary Louis Williamson, Justina Prevost, Mary Francis de Sales Gahagan, Margaret Mary Kennedy, and Mary Pelagia Redding) founded the Monastery of the Visitation of the Holy Mary in Richmond. This Monastery was named Monte Maria.

The Sisters opened an academy for girls in historic Church Hill to support the order but also sought a means to resume their traditionally contemplative lifestyle. Then in 1922, “the unexpected happened in which God’s Providence could be seen.” Prominent Richmonder Major James Dooley passed away. In his will he stipulated that the estate become a state park, which is now known as Maymont Park. Dooley also willed $3,000,000 to the Sisters of Charity of St. Joseph’s Orphanage, which is now known as St. Joseph’s Villa. The remainder of his estate was left to Dooley’s sister, Mother Mary Magdalen, of the Richmond Visitation. Mother Mary Magdalen and the other Sisters of the Visitation were able to use those assets to close the academy and pursue their lives of contemplative prayer.

The Sisters remained on Grace Street in Church Hill for 121 years before relocating to Rockville, Virginia in 1987. This move was prompted by three factors: the condition of the 121 year old building in which they resided, the increased crime in the neighborhood, and pressure from relatives and friends to relocate to a safer area. The Sisters originally had no intention of leaving Church Hill but upon inspection of the Rockville property they “saw in it God’s will” that this was the place where they belonged. The Monastery on Grace Street was taken over by an Episcopalian priest who turned the property into an ecumenical “place of prayer” open to the public, which is now known as Richmond Hill. Serendipitously, the Sisters were able to build a new monastery in Rockville due once again to the arrival of seven new Sisters. According to Church Law when a Monastery is dissolved, the assets are divided equally among the Sisters. The Visitation of Bethesda, Maryland had dissolved and seven Sisters from that Monastery came to join the Richmond Visitation. With that money the Sisters were able to build a Monastery specifically for their needs. The current community of the Visitation of the Holy Mary has twelve Sisters from a variety of cultural backgrounds, including Filipino, Korean, and Vietnamese. They range in ages from 34 to 84. 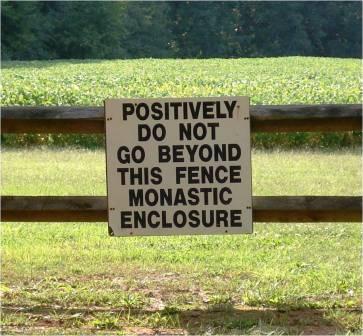 The Monastery has a chapel which is open to the public for Mass, four parlors for visitors, a refectory (community dining room), two kitchens, an assembly room, cells with a half bath (bedrooms), a general shower and tub room, an infirmary, an area where altar breads are made, as well as several other work areas. Outdoors there are several small gardens, pathways through wooded areas leading to a man-made lake. Visitors are allowed only in the parlors and the chapel; the rest of the Monastery is reserved for the Sisters. There is a low wooden railing in the parlors and the chapel. This separation is a symbolic representation of the Sisters’ observance of Papal enclosure. The Monastery’s walls are covered with paintings of their founders St. Francis de Sales and St. Jane de Chantal, religious artwork, sculptures, and icons. The chapel windows contain panes of beautiful stained glass. The Monastery has a cemetery in which all the Sisters are buried. The deceased Sisters buried in Richmond were the first to be buried in the new cemetery in Rockville. When a Sister dies the Bishop or a Bishop-appointed member of the Church comes to conduct the Mass of Christian Burial. 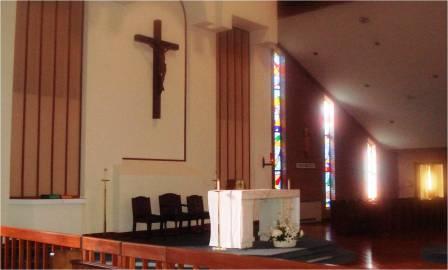 The Sisters lead a contemplative lifestyle in which their daily schedule revolves around the Eucharistic celebration and the full Liturgy of the Hours. They rise at 5:30 in the morning for mental prayer and the Office of Reading. They celebrate Mass at 7:30 Monday through Saturday and 10:00am on Sunday. Following mass, they eat breakfast, sing office of Morning Prayer, and begin their work. At noon they have dinner followed by recreation time. At 1:45 they have Midday Prayer. They then continue their work stopping at 3:00 for Spiritual reading. Then they have Evening Prayer, silent prayer and supper. There is recreation time after supper, followed by Night Prayer. During recreation, the Sisters, who remain silent during prayer and work, speak openly. They knit, crochet, paint, and share. The Sisters turn their lights out at 10:00 each evening. 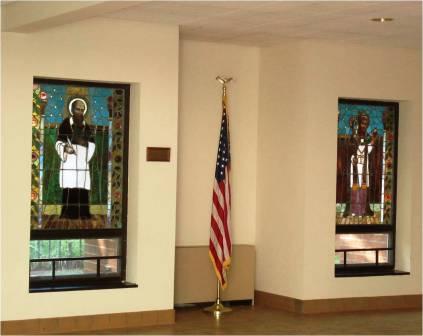 Within the religious order Sisters usually alternate jobs every few years, but the small size of the Rockville community makes this impractical. Sisters sew habits, do laundry, bake alter breads, clean, prepare for retreats, set up for Mass, and perform general maintenance. The baking and selling of alter bread, the generosity of the local farmers, friends, and benefactors allow the Sisters to support themselves. About once a month the Sisters have family and friends visit. The Sisters hold council meetings and chapter meetings. The council consists of four Sisters that advise the Mother Superior. A chapter meeting is called when the input of the whole community (all the Sisters) is needed. 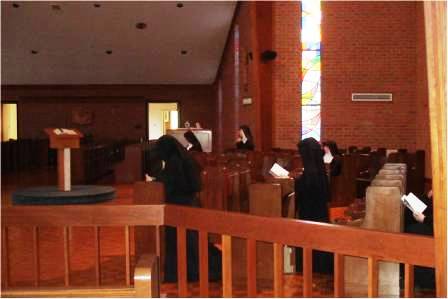 The Sisters celebrate religious holy days as well as secular holidays such as Thanksgiving Day, St. Patrick’s Day, Halloween, and birthdays. During religious holy days the Sisters will have festivity and time for extra prayer . To celebrate secular holidays the Sisters, who normally stay quiet during meals and work, will chat openly. Additionally, on holidays rather than private spiritual reading the Sisters watch a religious film. A celebration distinctive to the Monte Maria is Foundation Day. Commemorated on September 2, it marks the day the seven Sisters from Baltimore made their way to Richmond. To celebrate this occasion the Sisters have an extended recreation time. The monastery also offers retreats in which women can live with the Sisters for time of reflection, prayer, and peace. Though these retreats are often how someone begins the process of becoming a Sister, one may come simply to spend time in a prayerful surrounding.

The monastery celebrates public Mass at 7:30 in the morning Mondays through Saturdays and at 10:00 on Sundays. Typically between six and fifteen people attend the daily Mass, with about sixty people attending on Sundays. The public Mass draws people primarily from Richmond and the surrounding counties.