In the latter part of 1991, Paul Manning received a newspaper article from his twin sister highlighting the death of one of his childhood neighbors who had been killed by two of Manning’s high school basketball teammates. All three were enmeshed in Richmond’s urban drug-dealing culture. Manning reports being heartbroken over the three lives ruined (the other two received life sentences in federal prisons) and asking God how he could be used to make a difference in the lives of others growing up in the inner-city. Having attended Campus Crusade for Christ’s 1991/1992 Impact Conference in Atlanta, GA, he was inspired by several compelling speakers who spoke about daring to impact the world for Jesus Christ. He remembers that the speakers’ consistent messages of impacting others for both now and eternity – utilizing gifts and talents from God – changed his life purpose and direction. 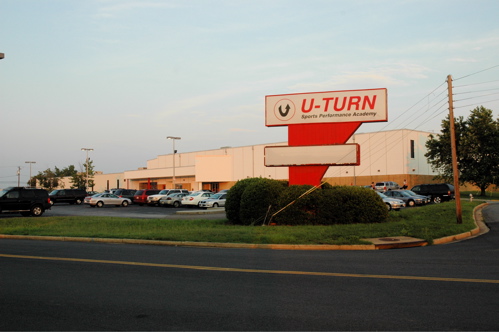 Having earned a degree from Virginia Polytechnic Institute and State University in Electrical Engineering, Manning worked for several years in the corporate sector. The informal inner-city youth tennis ministry he established in the Summer of 1992 began to produce some of the top junior tennis talent in the state and Mid-Atlantic region. Assisted by long-time friend Daman Chavis, Manning trained urban youth two or three times per week. By the summer of 1994, most of those enrolled achieved state rankings. They also won awards and scholarships to tennis camps at various universities. Because of their accomplishments, they garnered the attention of teens and parents at local country clubs.

By the summer of 1995, the demographics of the inner-city outreach program had begun to evolve. No longer operating as a nomadic, multi-site program, training was centralized at the Westover Hills tennis courts. Members from various country clubs began attending. Now, black, white, and asian – representing America’s racial and socioeconomic spectrum – began to train, fellowship, grow, and succeed together. Douglas Barrett, a fellow Virginia Power employee and former inner-city youth tennis coach, began volunteering to assist Manning in the development of the growing number of young tennis players. Participants continued to excel as some of the top tennis talent in the city, state, and Mid-Atlantic region.

U-TURN, Inc. was established as a non-profit organization in April, 1996. Having turned down an opportunity to attend Dallas Theological Seminary, Manning left his position at Virginia Power in November of 1996 to pursue the vision of creating a multi-sport training academy that would have as its objective developing highly skilled athletes who will live, love, and lead like Jesus Christ. U-turn Sports Performance Academy describes its mission as providing superior athletic training and sound biblical guidance to aspiring young athletes in order to maximize their performance in life before both God and man.

In 1997, Tom Chewning, Dominion Resources’ Executive Vice President and CFO, began volunteering his time as both tennis coach and mentor.  In June 1998, U-TURN opened the doors of its 50,000 square-foot Sports Performance Academy with 22 participants. From U-Turn’s perspective, the new, state-of-the-art indoor facility was the result of God working through many volunteers and business leaders. During the summer of 2003, U-TURN trained approximately 600 athletes per week and now impacts over 1000 annually. Many of its alumni are now competing as college athletes and are active in college ministries.