St. Seraphim is a small, Eastern Orthodox Church located in Glen Allen, Virginia. The church is named for St. Seraphim, originally of Kursk, Russia, and later a monk of the Sarov Monastery. At the age of ten, St. Seraphim fell ill and through a vision of the Mother of God was promised health. Several days after his illness began, a religious procession detoured past his home, and when his mother placed him near the icon revering the miracle healing works of Mary, he miraculously regained his health. 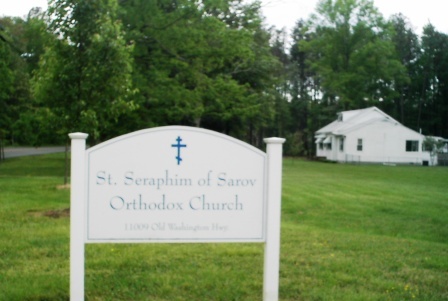 St. Seraphim is a parish of the Holy Orthodox Metropolis of Boston, which is the central diocese for most Orthodox churches in the Eastern United States. There are dioceses in Canada and on the West Coast of the U.S. as well. There are also monastic orders in the Boston area, Greece, Canada, and elsewhere in the U.S. The Eastern Orthodox Church is a non-ethnically specific church in the orthodox tradition, in contrast to many churches with identities based on national or ethnic identity, such as Greek Orthodox, Serbian Orthodox or Russian Orthodox. The members of St. Seraphim of Sarov consider themselves to be traditionalist Orthodox and oppose a “reunion” with the Roman Catholic Church, which they regard as weakening the Orthodox faith. 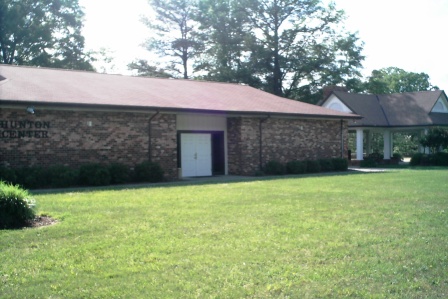 St. Seraphim of Sarov was established Father Nicodemos, who still serves as parish priest. Father Nicodemos was a student of religion for many years and pursued religious studies at Randolph-Macon College and Naropa University. He also earned a masters degree in counseling. Nicodemos reports that while seeking greater connection with the mysteries of Christianity and spirituality, he discovered the Eastern Orthodox tradition. He stated that his mission as a priest is not to interpret the word to create new meaning, but to help his congregation worship and embrace the mysteries of Christianity within the Holy Tradition. When studying at an Eastern Orthodox monastery in Boston, Nicodemos suggested to his Bishop his willingness to return to Richmond and begin a parish in the Eastern Orthodox tradition. Following his period of study with monks and priests at the Boston monastery, he was ordained and given the mission of initiating a new parish for the diocese in Richmond. 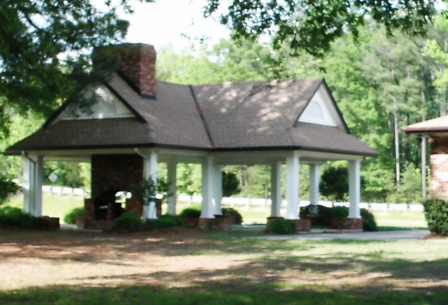 The congregation of St. Seraphim of Sarov Orthodox Church currently consists of about forty members, ranging from three to eighty-four years of age. The worship services at St. Seraphim of Sarov generally last between one and two hours. The service is held on Sundays and consists of a communion, referred to as the Divine Mysteries as opposed to the “sacraments,” and the Divine Liturgies. In contrast to the Roman Catholic and most Protestant traditions, the communion service cannot be completed by the priest alone. In the Eastern Orthodox faith, the congregation and community that is gathered is in itself part of the “qualifying” act that created the communion; there is no moment of transubstantiation of the blood and body. In the Orthodox tradition, the body and blood of Christ are the wine and bread, and that there is no transubstantiation or transmutation required is one of the mysteries. In the Eastern Orthodox tradition practiced at St. Seraphim, pews are not used during the majority of the service. For the congregation, the majority of the service is spent standing or in a combination of other movements, such as kneeling or prostration. Pews may be used during sermons or by those unable to stand. Sermons are considered optional, are not necessarily a part of every service, and generally last between ten and fifteen minutes. There is no separate “children’s service” or “contemporary service” because within this tradition it is believed that children will most understand the spiritual complexity and mystery of the Orthodox faith by witnessing and engaging in the service and Divine Liturgy from youth. By allowing children and parishioners of all ages in each service, the worshipers believe they will remain engaged and spiritually connected. It is believed within the Eastern Orthodox that spiritual engagement is paramount to the understanding of the sacred mysteries and to faith in Christ. During services there are processions of the sacred icons weaving among the congregation. These images are intended to evoke spiritual connection, faith, and connection to the Holy. It is understood that the images in these icons are not only Holy images, but also great symbols of the mysteries of power and faith.

Those interested in joining the Eastern Orthodox faith are brought before the Holy Doors during a service and a prayer organized on their behalf. At this point the person will become a Catechumen. The period of the Catechumen may last approximately a year and involves a combination of discussion and education about the faith tradition. These activities may take place in a small class setting or during one-on-one meetings with the priest. Depending on the methods of the priest, the Catechumen may be asked to write about what they are learning or about their faith, read various books or scripture, or possibly to take trips/pilgrimages that both deepen, and develop their faith. One spiritual advisor to Father Nicodemos said, “There are two parts to becoming Orthodox: the first part is learning about the Orthodox Church; the second part is unlearning what you’ve brought with you.” As he further explained, “anyone learning about a new faith must learn the language of that new faith; the words may sound the same, but they often have very different meaning.”