On May 25, 1834 St. Peter’s Catholic Church was dedicated and became the first Catholic church in Richmond. It was Bishop Dubois who secured the land at Grace and Eighth Streets began and Father O’Brien who raised the funds for the building of St. Peter’s. Once sufficient funds had been raised, the building of St. Peters. The church was built in a neoclassic style similar to the Church of Saint Philippe de Roule, in Paris. St Peter’s Church was named after the Prince of the Apostles, Saint Peter. In April of 1834 Father O’Brien wrote to the Archbishop that St. Peter’s was completed and could be dedicated on the fourth Sunday of May. The early congregation of St. Peters consisted mostly of Irish immigrants who worked on the canal. St Peter’s Church served as the cathedral of the Catholic Diocese of Richmond until 1906, when the Cathedral of the Sacred Heart was consecrated. 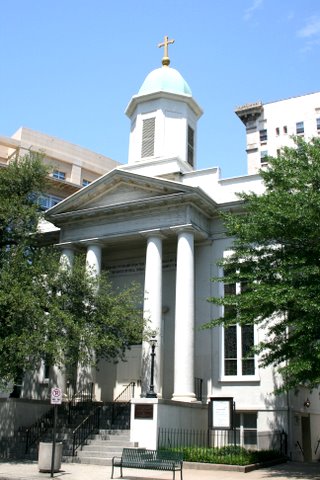 The church has a storied history. Among the luminaries who worshiped at St. Peters are John Banister Tabb, the Civil War poet whose thirty eight books comprised the collection of Richmond’s first public library. John Neumann, who was later canonized a Saint also worshiped at St Peter’s. Finally, president John Tyler’s second wife worshiped and was buried at St. Peter’s Church, and her daughter was married in the church.

Today St. Peter’s Church has approximately three hundred parishioners. The church consists of approximately seventy five percent Caucasians, eighteen percent African Americans and seven percent Latino/ Asians. St. Peter’s members are from all economic and social walks of life, particularly because the church is not neighborhood based the way that most local churches are. Many parishioners drive considerable distances to attend services and actively seek out the small size and intimacy of the church.

St. Peter’s is involved in several social outreach programs and also provides social outreach on an individual basis. St. Peter’s was one of the founders of the Down Town Community Ministry for the needy andhomeless. Each participating church in the down-town area provides a meal and other services to those in need on a selected day during the week. St. Peter’s helped found and is involved in CARITAS. St. Peter’s also cooperates with Richmond Social Services in providing emergency rent, medication, transportation and utilities to those in need. The Church is one of those on call for VCU Medical Center through its department of chaplains or by private request. 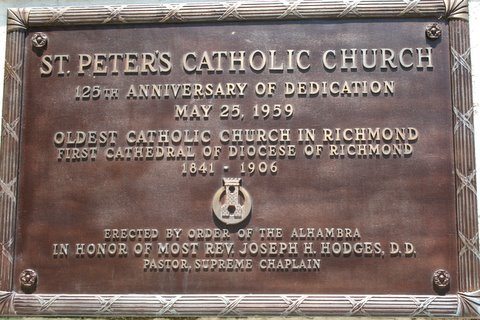 Profile prepared by Catherine Beil
May, 2007