Bon Secours Health Care was originally founded in Paris in 1824 by a group of twelve Catholic Nuns who took as their mission caring for the sick and dying citizens and soldiers who were the casualties of the French Revolution. These brave women took in patients into their own homes until they were recognized by the Archbishop of Paris and were allowed to have their own organization called the Congregation of the Sisters of Bon Secours in 1824. Bon Secours in French means “good help”. The mission of Bon Secours is to serve all the sick and poor of all religious denominations and races.

Bon Secours first came to the United States in 1919, when a hospital was established in Baltimore, MD. St. Mary’s Hospital in Richmond opened its doors in 1966. As more hospitals were assumed by the Sisters, the Bon Secours health system was founded in 1983. The Bon Secours Health System, a not-for-profit organization, was formed in 1983 to oversee the hospitals of the Sisters of Bon Secours. BSHS has been named one of the best employers for working mothers numerous years. 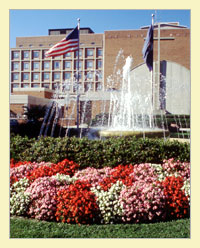 The Sisters organization was expanded and eventually came to the United States in 1919 when it opened its first hospital in Baltimore Maryland. The Sisters have since expanded into six states, including Florida, Maryland, Michigan, Pennsylvania, South Carolina, and Virginia. The Sisters of Bon Secours advanced medical care in Richmond by opening the first formal health care service, and first ever day care system for working mothers in 1907. St. Mary’s Hospital opened in 1966 and has now served Richmond for 40 years. As more hospitals were established by the Sisters, the Bon Secours health system was founded in 1983. The Bon Secours Health System, a not-for-profit organization, was formed in 1983 to oversee the hospitals of the Sisters of Bon Secours. Following the Bon Secours mission, St. Mary’s Hospital seeks to care for all who need help. Bon Secours Health Ssystem has been named one of the best employers for working mothers numerous years.

St. Mary’s is a 391-bed facility with a nationally-recognized Joint Replacement specialization center, an advanced digital cardiac lab, an 8-bed pediatric and neonatal emergency and intensive care unit, an advanced women’s health center, cancer care facility, and stroke recovery center, and renowned general care. In recent years, St. Mary’s has been ranked by Style Magazine in Richmond as the best place to have a baby.

Although St. Mary’s Hospital bases its traditions and practices on the Catholic faith, it employs and serves people of all faiths and traditions. Approximately 90 % of all of the patients treated at St. Mary’s are not Catholic. St. Mary’s Hospital does not require that the doctors, nurses and the staff be Catholic. Only about 10% of all of the hospital employees are Catholic. There are several chapels in the hospital representing different religious traditions. Currently there is no permanent Catholic priest on site, but the hospital has access to several priests who are available whenever there is a need for their services.

Bon Secours Health System follows a set of guidelines called the “Ethical and Religious Directives.” These guidelines were written by the Committee on Doctrine of the National Conference of Catholic Bishops. This set of guidelines was recently updated in 2001. It follows Catholic precepts and guides the staff on the treatment of patients and staff. The guidelines also stipulate the types of procedures and surgeries the hospital will and will not perform. Because Catholics believe that life begins at conception and ends at death, the hospital does not perform abortions, dispense birth control, or permanently sterilize a man or woman. The guidelines also preclude euthanasia or doctor assisted suicides irrespective of patients’ wishes. The guidelines state that a patient should die with their dignity and should receive the proper care until the time of their natural death.