In the early 1960s, the Second Vatican Council voted to establish a number of reforms within the Roman Catholic Church. One decision aimed to reform the rite of Mass by replacing the traditional Tridentine Rite (recited in Latin) with a Mass that was conducted in various native languages. In 1984, Pope John Paul II recognized the desire of a small, but vocal segment of the Catholic community to celebrate the traditional Tridentine Mass. As a conciliatory measure, the Vatican issued the Quattuor Abhinc Annos letter that provided local bishops with the authority to grant special permission to individual churches that preferred to observe Mass using the Tridentine Rite, as outlined in the Typical Vatican Edition of the Missale Romanum of 1962. This decision was reaffirmed in 1988 when Pope John Paul II released his Motu Proprio Ecclesia Dei letter that called for respect and understanding for Catholics who remained committed to the Tridentine Rite. While celebrating Mass through the Tridentine Rite, the priest faces the altar rather than the congregation, and incense is also used during the service. Women and girls are encouraged (but not required) to cover their heads for scriptural and traditional reasons. St. Joseph’s is also one of only two churches in the Diocese of Richmond that offers the Tridentine Rite Mass. 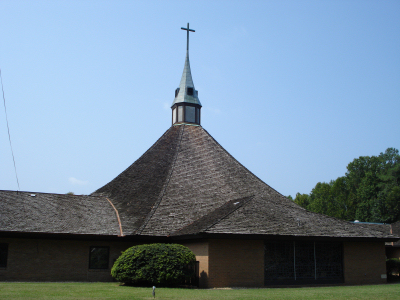 A group of Richmond Roman Catholics expressed their desire to celebrate Mass using the Tridentine Rite to Auxiliary Bishop Foley in 1990 . Bishop Walter F. Sullivan ultimately granted permission for the Tridentine Mass to be celebrated, but it was not until 1991 that the group formed a separate parish dedicated to the Tridentine Rite. Led by Father Adrian W. Harmening, the St. Joseph community initially rented a small church on the grounds of St. Joseph’s Villa. Desiring a larger and more permanent space after a period of growth in the congregation, the church then moved to its current location in a former Pentecostal Holiness church set on twenty acres of land on Buford Road in November of 2002. The building has been renovated to suit the needs of a Catholic church. The renovations include the 2006 addition of a narthex, a long marble hall just inside the main entrance to the church. Today, the narthex holds a number of life-sized statues of saints donated to St. Joseph’s by other parishes. A gated chamber just off to the side of the narthex is also set up as a reliquary chapel to hold the numerous relics maintained by St. Joseph’s. These include one relic attributed to St. Elizabeth Seton, the first American saint. An existing chamber to the left of the main sanctuary has been remodeled into a small chapel which houses the Blessed Sacrament. 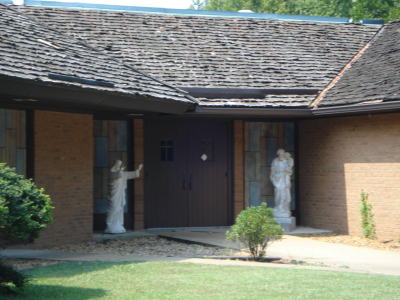 Mass is celebrated every day of the week at St. Joseph’s, with low Masses held Monday through Saturday at mid-morning and early on Sunday morning. High Mass is celebrated every Sunday during the late morning as well as on the first Friday of the month and Holy Days in the early evening. One particularly special Holy Day at St. Joseph’s is the Feast of Corpus Christi, which is celebrated every Thursday after Trinity Sunday. After Mass, the entire congregation participates in an outdoor procession around the church’s grounds. In addition to celebrating and preserving the Tridentine Rite Mass, St. Joseph’s also practices sacraments such as Baptism and Matrimony traditionally, all according to the Typical Vatican Edition of the Missale Romanum of 1962. 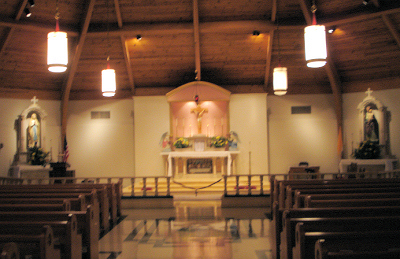 One of the church’s primary areas of focus is the education program provided for both children and adults in the Catholic faith. Programs include typical Sunday school classes for children and adults as well as a variety of other classes. Some of these include sacrament preparation, teacher preparation, conversion, Latin, understanding the Mass, and a class for those with special needs. During the summer, a special camp focusing on faith is also held for children in addition to a short Gregorian Chant Day Camp. There is also an active Pro-Life Ministry, Saint Vincent de Paul Society, Altar Guild, and Music Program at St. Joseph’s.

The relatively small community at St. Joseph’s is extremely close given its unique style of worship. With slightly over 600 registered parishioners and approximately 245 families, the congregation is extremely diverse demographically. Sunday worshipers include younger families with five or more children to older couples who can remember when all Catholic churches observed the Tridentine Rite. While there is no one ethnic group that characterizes the population at St. Joseph’s, an Italian Festival is held each April to celebrate the Italian heritage held by many in the community. One particularly unique aspect of the community is the distance many travel to observe the Tridentine Rite Mass at St. Joseph’s. Parishioners travel each Sunday from as far away as Charlottesville and Spotsylvania County since there are few Catholic churches that offer the Tridentine Rite. Although Pope Benedict XVI allowed churches to celebrate the Tridentine Rite Mass without needing permission from a bishop beginning in September of 2007, St. Joseph’s Roman Catholic Church will likely remain one of the few to practice it exclusively.