The history of St. Augustine Catholic Church begins during the 1960’s when there was an effort to integrate churches. With the support of Catholic leaders and churches, such as Sacred Heart Parish and St. Anne’s Catholic Church in Ashland, St. Augustine was established in the winter of 1973. St. Augustine Parish began the process of moving to Chesterfield County in 1973 in response to the growing Catholic population in the area. Money and land were donated for the project, and the congregation held services at Bensley Elementary School, as well as Bliley Funeral Home, Chippenham Chapel, the Defense General Supply Center, and members’ homes. Monsignor 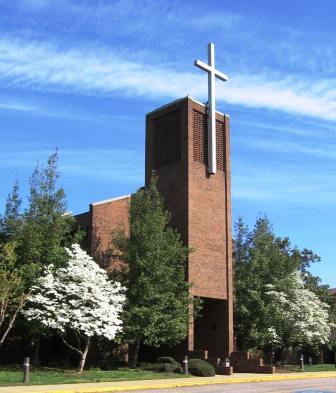 McMohan was the priest during this period, and he donated much of his time as well as his home for religious services. Other supporting churches, including Faith Memorial Baptist Church and Beulah Methodist Church allowed the groundwork for the beginning of St. Augustine, allowing members to use their meeting rooms. Bensley Fire House also allowed members to use meeting rooms. Financial limitations resulted in building plans being scaled back, and the church was officially founded was June 10, 1973. There was a “moving ceremony” held on June 7, 1975 that was followed by a large party for all of the members. In the spring of 1977, Monsignor McMahon was transferred and Father James Von Meysenbug became Parish Administrator and Father James Kauffmann became Associate Pastor. Current membership size is 1,500 – 1,600 members, and ethnic groups represented include Irish, Italian, Spanish, and African Americans. A church-sponsored school was established during the 1970s but closed in 1986. Church services are held on several weekdays as well as several times on Sundays. There is a Mass in Spanish on Sunday evenings. 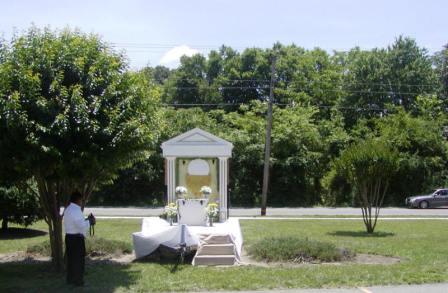