The Maronite Church is one of the oldest and largest Eastern-rite communities of the Roman Catholic Church, with a major center of membership in contemporary Lebanon. The Maronites trace their origin to St. Maron who established the church in modern-day Syria around 400 C.E. The 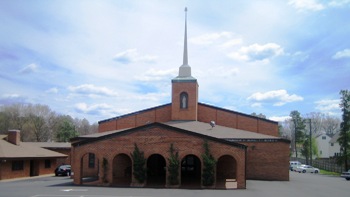 expansion of Islam led to the Maronites relocating to what is now Lebanon. In 1182 the Maronites affiliated with the Roman Catholic Church but retained their distinctive liturgy. During the period when the Ottoman Empire dominated the region, thousands of Maronites were massacred, leading to a major migration to various parts of the world, including the United States. The Civil War in Lebanon during the 1970s produced another similar migration. The Maronite Catholic Church claims three million members worldwide, and there are 85 parishes in two eparchies in the United States.

In the late 1800’s the Maronites immigrated from Lebanon to America, and in 1895 a few Maronites arrived in Richmond. The first gathering of the Richmond Maronites took place in the home of William 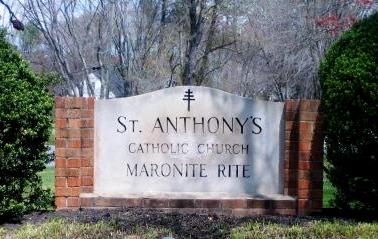 Moses Soffee on Franklin Street. The Maronites began attending Saint Patrick’s Roman Catholic Church in the Church Hill area. In the early 1900’s the Maronites began discussing establishing a Maronite community. In 1909 the numbers of Maronites in Richmond grew rapidly, and they were convinced that they could sustain their own church. In 1912, they received approval from Bishop Dennis O’Connell, Catholic Bishop of Richmond, to use the Saint Patrick’s Church at certain hours for their services. This arrangement continued until 1914 when the Maronites located an old candy 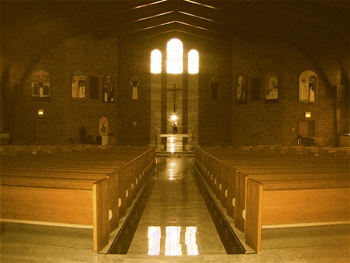 factory that they renovated into a chapel. Once the chapel renovation was finished, Father Abdulla Tarabay became the Maronite’s first priest. Unfortunately, the chapel burned down the following year, but the congregation was able to purchase a new property on North 33 rd Street. The renovated building was given the name Saint Anthony’s Maronite Catholic Church. In 1948, under the leadership of Father Anthony Korkemaz, Saint Anthony’s relocated to Park Avenue. A larger parcel of land for an expanded church was subsequently obtained at the church’s current location on Sadler Road in Glen Allen. 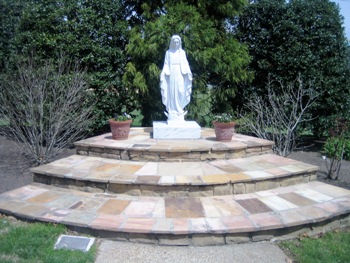 church sponsors a variety of groups, such as the Ladies Auxiliary, choir, lectors, and ushers. There are several youth organizations designed to incorporate Maronite into the church and to deepen their understanding of the faith. Boys between seven and eighteen are eligible to serve at the alter. The junior youth organization, which is open to children from the second to the sixth grades, meets on the second Sunday of every month for activities such as crafts, fundraising projects, field trips, spiritual activities, and vacation Bible camp. The purpose of these organizations is to form a strong relationship with God and to build the community.