(A lecture by Sri Swami Satchidananda)

Sri Swami Satchidananda was born Sri Gurudev on December 22, 1914, Sri Satchidananda’s mother reports being given a mantra to invoke the Divine Light from the Sun to create a vibration encouraging the type of soul she desired: monks, or Sannyasis, she had met as they stayed at their house for food and lodging while passing through their community. Even in his childhood, Sri Gurudev spoke truths, displaying deeply spiritual awareness beyond his years. He saw equality above caste or faith. He asserted that there is a “universal light” within all people, and it remained with him while he became a businessman and husband. After his wife died at a young age, he turned to spiritual practice to study with spiritual masters. 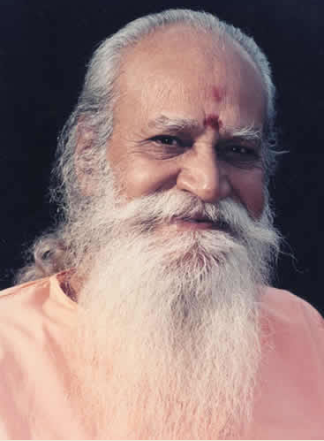 If you observe carefully, throughout nature you will find one common goal in everybody and everything—even in the atom. All are searching for happiness. In the case of human beings you see hundreds of efforts of various forms. The common purpose behind all these efforts is the search for happiness. – H. H. Sri Swami Satchidananda

In 1949, Sri Gurudev met H. H. Sri Swami Sivanandaji of the Divine Life Society. Through Sivanandaji, Gurudev received Sannyas Diksha – initiation into monkhood. And was given his popular name: H. H. Sri Swami Satchidananda. He was then sent around India and Sri Lanka and ultimately around the world as a disciple of the Rishikesh Ashram, exercising his gift for touching the lives of others. At the request of his American students he moved to the United States and founded the Satchidananda Ashram in Yogaville , Virginia , emphasizing the harmony that exists between people of all races and faiths.

His biography states: “He believed that we are all one in spirit and that throughout history great spiritual masters, such as Buddha, Moses, and Jesus, have come forward to teach the people of the world how to experience this spiritual oneness.” Sri Satchidananda established a place unique in the world based on his personal mission: the Light of Truth Universal Shrine (LOTUS) in Yogaville. 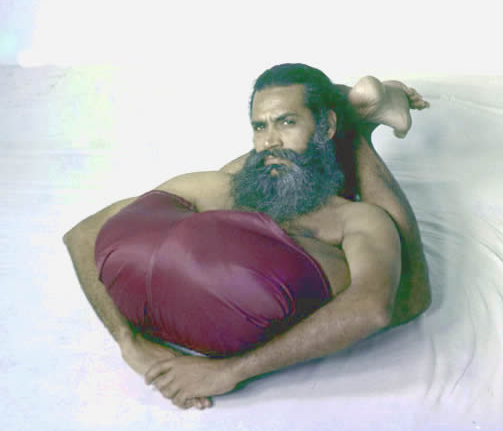 Let the whole world know by your example that you are something beautiful and divine. Let your actions bring out that cosmic beauty. Lead a simple life, as natural as possible. Be like a child. This will not only take care of you, but your surroundings, your country, and ultimately the whole world. – H. H. Sri Swami Satchidananda

Yogaville was created entirely as the home for LOTUS and Sri Satchidananda. It technically exists inside Buckingham city limits and is not limited to any one organization, religion or country. Inspired by Sri Gurudev’s world teaching experiences – witnessing the genuine peace and joy experienced by the participants of his gatherings – he wanted to create a permanent place “where all people could come to realize their essential oneness.” In 1986, LOTUS was completed and opened to the public.

The fiftieth anniversary of his ministerial ordination was commemorated in 1999 during an interfaith service prior to the commencement of the 54 th General Assembly of the United Nations. His many honors and awards include: the Albert Schweitzer Humanitarian Award, the Juliet Hollister Interfaith Award, and the U Thant Peace Award. 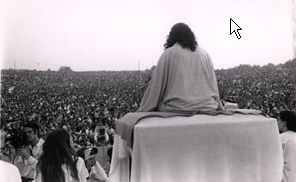 The Guru-disciple relationship never ends. It’s always there. Whether the Guru leaves the body, or the disciple dies. That relationship is eternal, and Guru and disciple can never be separated. Remember you will never be without me, never! The body may go, but I am always with you. Always! – H. H. Sri Swami Satchidananda

Sri Swami Satchidananda left the body, as Yoga describes it, on August 19, 2002 in South India .