The Spiritual Mind Center of Richmond traces its history to the United Church of Religious Science, founded by Dr. Ernest Shurtleff Holmes. His book, The Science of Mind, was first published in 1926 and is used by congregations as a text that augments meetings. The tradition is currently represented in the Spiritual Mind Center, which describes itself as an “independent Religious Science Community” and which has been present in Richmond since the early 1980’s. According to Pastor Dwight Smith, Holmes’ intentions in creating Science of the Mind were “not necessarily to start a new religion, so much as to get new principles out for people to use in their own churches and everyday life.” 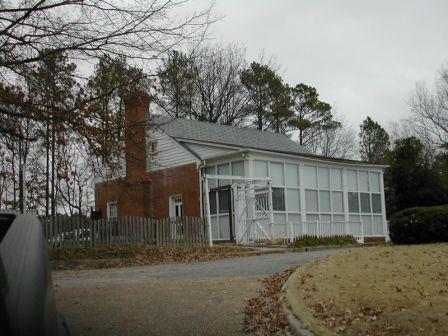 Pastor Dwight Smith and his wife Thelma Smith, are the founders, preachers and facilitators of the Richmond Center. The Spiritual Mind Center encourages an individual’s pursuit of holistic balance: mental, physical, and spiritual harmony with themselves and in their interactions in the world. In explaining the history and tradition of the Spiritual Mind Center, the Smiths credit a divine Creator for “the creation of everything that is,” and explain that “there is a God essence in everything and everyone.” Pastor Dwight Smith states that “Realizing that nothing can be created or destroyed gives us a greater appreciation for everything and everyone, (and in) being ourselves, (in our) divine expression, we can see that nothing opposes God.”

The Center holds religious services on Sundays that emphasize an affirmation of God as creator, revealer, and sustainer of all things known to humanity and beyond human knowledge. The two pastors, both of whom trained as teachers of the Science of the Mind tradition, take turns leading the Sunday service. The average service is attended by a congregation of several dozen members. The congregation is diverse in ethnic and gender composition and consisted primarily of persons seemingly over 35 years of age. Once a week the two teach a class on the elements of Science of the Mind concepts and beliefs.

The atmosphere in the Spiritual Mind Center’s Sunday service is casual, and the majority of the congregation claps casually at the closing of the guitar players’ rendition of familiar songs. A printed program accompanies the Sunday service and provides lyrics for the songs as well as updates about church events. Transitions between the different parts of the service are marked by group and solo singing, silent meditation, or prayer. Some passages from the program are read in unison during the service, such as the Richmond Center’s “Declaration of Principles of Religious Science.” There is a recurring theme in the service and the (quite frequent) vocal interaction between the congregation and the pastors on “the law of cause and effect.” Pastor Thelma Smith explains that “through good works and deeds, good comes back to people” and eventually people can “get a better understanding of what Jesus was trying to preach.” The service is filled with energy as the pastor engages in a speaking, asking, and listening relationship with the congregation. The ending of the service is signified by those in attendance holding hands in a large circle for a prayer and affirmations of the Center’s core beliefs. The service concludes with individuals acknowledging one another’s strengths and insights. At the end of the service visitors also are acknowledged.

Profile prepared by Daniel Scruggs
May, 2007