Gautama Siddhartha, the Buddha Shakyamuni, lived 2,500 years ago. Born a prince but later leaving the palace to find enlightenment, he walked the earth speaking of peace and awakening. Shakyamuni acknowledged the suffering of the world and spoke of ways in which to overcome those things that caused suffering. One of his most famous sutras is the Lotus Sutra, which is particularly important because it identifies the Buddha Nature. This is a state of being that can be reached by anyone regardless of age, sex, class, or race. One who taps into their Buddha Nature is then able to express unlimited compassion for the world around them. The Lotus Sutra also encourages active engagement with others as opposed to being solitary and only focusing on oneself. 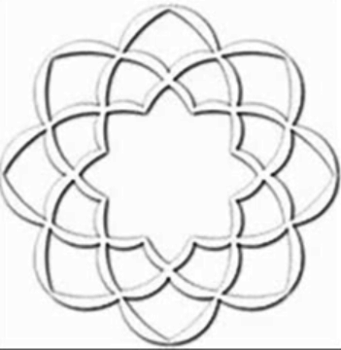 Nichiren Daishonin, a Japanese Buddhist living in the thirteenth century, realized that the Lotus Sutra is the fundamental teaching of Shakyamuni. He began reciting the title of the Lotus Sutra, Nam-myoho-renge-kyo ( Nam: Devotion, Myoho: Mystic Law, Renge: Cause and Effect/Lotus, Kyo: Vibration), to tap into his Buddha Nature in 1253. Reciting Nam-myoho-renge-kyo daily, he felt, would open practitioners to their Buddha Nature and allow them to feel compassion for others and true happiness. The followers of Nichiren Daishonin began what is now known as Soka Gakkai Buddhism.

The organization Soka Gakkai was established in 1930 with Sunesaburo Makiguchi as the first president. Soka Gakkai was not well known outside of Japan for many years. Most of those who practiced Soka Gakkai in the United States in the twentieth century were Japanese women married to Americans in the military who they met while living in Japan. That is how Soka Gakkai reached Richmond, Virginia. In the late 1950’s or early 1960’s a Japanese woman, Mrs. Costin, married to a member of the militrary stationed at Fort Lee began to seek out other Soka Gakkai Buddhists living near her with whom she could chant. Costin eventually moved to Strawberry Street and began talking with the youth in that area about Buddhism. In the 1970’s Buddhist meetings began to be conducted in English to reach more people.

Today in Richmond there are three Soka Gakki districts: Western Henrico, Downtown, and River Rock. Within each district there are three divisions: Youth Division, Women’s Division, and Men’s Division. The current president of Soka Gakkai, Daisaku Ikeda, states that the most important division is the Youth Division, and he arose to the presidency out of the youth division. Practitioners are in the Youth Division until around age thirty or until they have their first child. Soka Gakkai reports about two hundred members in the Richmond area.

Meetings are held every Sunday in each of the three districts. There are different types of meetings. World Peace Gongyo is a meeting open to all members of the district, approximately fifty people of all ages and backgrounds. These meetings are typically held in a large room, often at a hotel. The meeting begins with one person, usually a chapter leader, leading the chant with a microphone. Everyone joins in the chant as they enter the room. After about fifteen minutes of chanting, a bell is rung and everyone then recites the Gongyo together. The Gongyo is recitation of parts of the second and sixteenth chapter of the Lotus Sutra while sitting in front of the Gohonzon. The Gohnozon is a scroll which has Nam-myoho-renge-kyo written in Chinese characters and is signed by Nichiren Daishonin. The Gohonzon is located on an alter that is placed at the front of the room. A cup or water is also placed on the alter in order to symbolize the circle of life. For home alters, the cup is filled in the morning and emptied each night. After Gongyo, the group chants Nam-myoho-renge-kyo for a few more minutes and then stops for silent prayers. Once the silent prayers are complete, the group shares personal experiences, welcomes new members, and announces any news related to the organization. The meeting is completed with the viewing of a video featuring the current president Daisaku Ikeda. This video changes each meeting and is sent to the leaders from Soka Gakkai International.

Another type of meeting is the Youth Division meeting. This meeting is held in the home of a Youth Division member. There are usually between five and ten people at each meeting. These gatherings also begin with reciting Nam-myoho-renge-kyo together, Gongyo, and silent prayers in front of an alter. Participants then discuss The New Human Revolution, which is a series of books written by President Ikeda. They also talk about what is happening in their lives and how they can learn compassion and tap into their Buddha Nature. Soka Gakkai Buddhism is practiced for the self and others. The older members explain how chanting changes your karma and elevates your life condition so that you produce better causes and thus have better effects.

Gosho lectures are also held once a month. Gosho are Nichiren Daishonin’s letters to his disciples. These include very symbolic stories that must be interpreted and discussed to be understood. This lecture, as with all the others, begins with reciting Nam-myoho-renge-kyo together, Gongyo, and silent prayers in front of an alter. A leader then begins either by reading a passage or by asking others if they have specific questions regarding any of the passages.

All of the different types of meetings are open to anyone who wishes to attend and participate. Questions are always welcomed during the meetings. Since this is a lay organization, there is no formal authority structure, which mean that no person is deemed “more Buddhist” than another. Each person is believed capable of tapping into their Buddha Nature and experiencing true happiness.