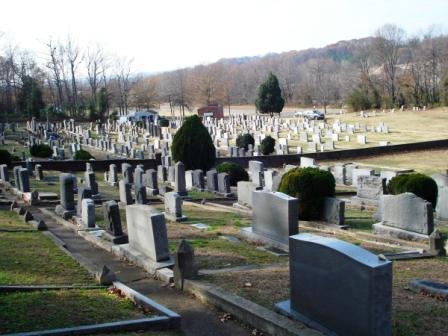 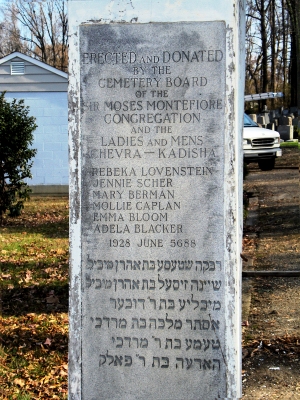 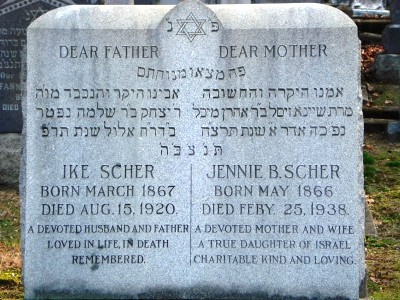 teriorated entrance does not reflect the care still given to the cemetery. Attesting to the modern significance of the Sir Moses Montefiore Cemetery are the small stones left on top of many of the cemetery’s headstones, a sight unique to Jewish cemeteries. This is part of the traditional Jewish custom of placing stones on headstones when visiting a grave to signify a visit. Thus, although it may be one of Richmond ‘s lesser-known cemeteries, the Sir Moses Montefiore Cemetery continues to be used in its original tradition.