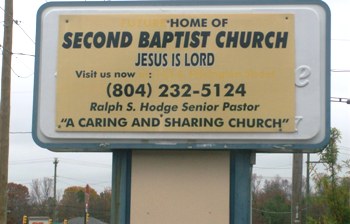 Between the year 1922 and 1957, Second Baptist Church has had five different pastors. During this time, the church became a supporter of the Boy and Girl Scouts of their local community.  In the spring of 1969, Reverend Lawrence B. Samuel became the pastor of Second Baptist Church.  Susie B. Lewis started the Recreational and Educational Committee to make sure that the members had a place to go and have entertainment and learning opportunities. An inspirational choir was formed to make the young adults interested in becoming more a part of the church. Deacon Bernard T. Jones began the bus ministry while Deacon William R. Jones started the tape ministry so that the members who were unable to attend could hear the services. 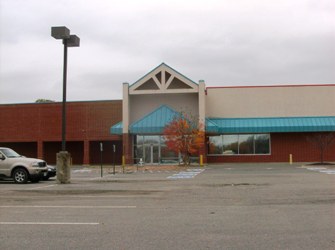 In the beginning of 2003, Reverend Ralph S. Hodge became pastor of Second Baptist Church. The church began making renovations to the sanctuary during the year of 2003. At this time, the church membership had grown so much that an early morning service was added. The church soon outgrew their building and moved into the old Win Dixie building off Broad Rock Boulevard. The church now has about 500 members who attend weekly and is predominately African American. With so many members joining at once, the church had to make three services available to the congregation. The recent growth is attributed to a new and younger pastor.

Second Baptist Church supports several ministries. The Beautification Ministry has as its mission the beautification of the church interior, exterior and grounds. The Discipleship Ministry supports the members in order to include them in the church community. The Distress Ministry supports those who are facing a time of difficulties or loss due to extraordinary conditions. The Friends of the Homeless Ministry is a joint feeding program involving Second Baptist Church and Friends of the Homeless that offers those in need items such as food and clothing. The Higher Education Ministry arranges scholarships and grants to members of the church who are pursuing higher education. The  Prayer and Praise Ministry meets on a weekday evening to pray and give praise to God. The Publicity Ministry announces events of interest. The Recreation and Education Ministry provides members and the surrounding neighborhood with a place for entertainment, activities and learning opportunities using Christian principles. Finally, the Transportation Ministry offers a means of transportation to and from church events.