The Second Baptist Church originated from the First Baptist Church when sixteen members of withdrew to form a new church in 1820. Among the First Baptist Church members who founded the Second Baptist Church was Luther Rice. He and Adoniram and Ann Judson had previously traveled to India as missionaries in 1812, with financial support from the congregation. Between 1820 and 1822 the congregation met in a rented house at Eleventh Street and Main Street. The church then moved to the southwest corner of Main Street and Sixth Street between1822-1841. The first meeting of what is now the Baptist General Association of Virginia was held in the church in 1823. The first woman’s missionary group, the Richmond Female Judson Society of Second Baptist Church, was organized in 1823. The church contained both white and African American members until 1846 when, with the support of the mother church, the African American members left to form the Second African Baptist Church. 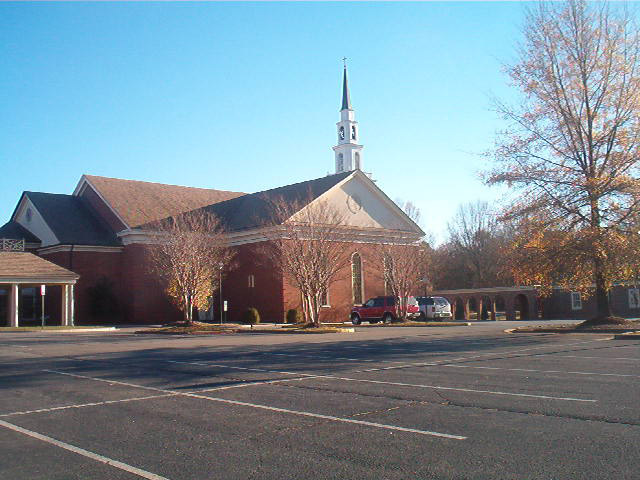 Two services and a Sunday school are held on Sunday mornings. During these services, prayer, scripture readings, hymns, an offering, and sermons are the typical program. There are additional activities planned during Sunday evening and throughout the week. These include Senior High Youth Choir, Prayer Group, Youth Connection supper, Brazilian Congregation service, Russian Church Bible service, and ministries that deal with music, and recreational fitness. A majority of the congregation is caucasian.