Roslyn was conceived during the 1920s through lectures, meetings, and fellowship on the screened porch of Ms. Annie Rose Walker’s farmhouse in the James River Valley. Though Ms. Walker was raised in the Catholic tradition, the death of a beloved nephew brought her into the Episcopal community. There she became an ardent member of St. Paul’s Church in downtown Richmond and forged friendships with Parson Beverly Tucker and his brother, Bishop Henry St. George Tucker. On Sunday afternoons, friends, parishioners, and clergy would gather for lunch and engage in lively discussions and debate. It was then that Ms. Walker began to dream of a diocesan center where the spirit of these discussions would live on after she was gone. 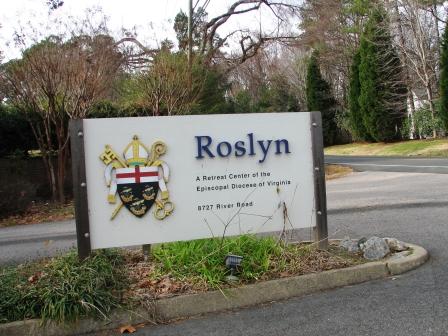 The original blueprint for the 150-acre farm still hangs in the farmhouse, now known as Powers Hall. Ms. Walker imagined a place where the body and mind could relax and the spirit could grow, a place of peace and beauty. She planted many of the marvelous hardwood trees on the property herself, though others have been there for hundreds of years. She originally wished to leave her entire estate to the Bishop personally. He declined this too-generous offer, negotiating to simply live on the land at Roslyn that Annie Rose Walker at last resolved to entrust to the diocese. Every successive bishop has lived at Roslyn throughout his term. In addition, she set up a trust fund to cover expenses like staffing and maintenance. To this day, one-third of Roslyn’s expenses are covered by this fund, while revenues brought in by guests pay for the remainder of costs. The ultimate goal is to use the trust exclusively for community programs as the retreat center becomes able to support itself. 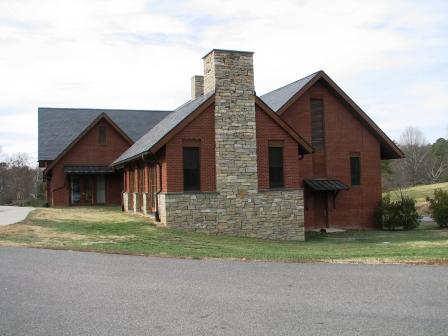 Though Roslyn is affiliated with the Episcopal diocese, it is governed separately from the church and hosts both spiritual and secular groups. Guest groups have included more than four hundred churches, government, and non-profit groups for convocations, retreats, seminars, and picnics. The original farmhouse and stables are still on the property, though remodeled slightly and known as Powers Hall and Tucker Hall, respectively. Additional lodging, recreation, and dining halls have also been built to accommodate up to 150 guests. Each lodging offers a spectacular view of the property and the James River Valley beyond. Benches dotted along the soft, green hills offer opportunities for rest and reflection, and a nature trail meanders through the cool, shady woods. Along one trail are hand-made markers of the Stations of the Cross where one might contemplate the last days of Christ during a quiet hike. There is a common area with a fireplace and rocking chairs for relaxing at the end of the day. The stone altar also has been a destination site for picnickers since the 1950s. The land is open to the public and all are welcome to enjoy it. 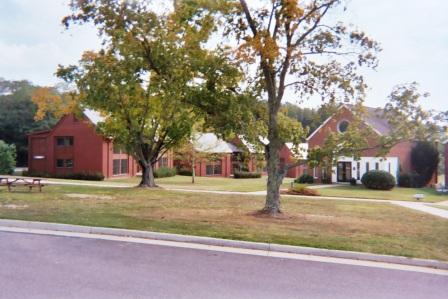