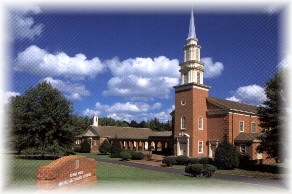 River Road United Methodist Church hosts a large congregation (over 950 members), and defines itself as theologically traditional. The services are traditional and contemporary with a wide variety of music during the three services held each Sunday. In addition, Sunday school classes for all ages are held each Sunday, and there are evening services held throughout the week. The congregation consists of mostly middle and upper middle class families of all ages, and most members are of European descent. The church pastor is Reverend Kirk Nave, and he is supported by a large staff.