Providence United Methodist Church has been a place of worship since August 1, 1807. This church has been a log cabin, and a place of shelter for both Confederate and Union soldiers wounded during the Civil War. Facing Church Road, two acres of land were leased to the Methodist Society for one dollar by John J. Kleinhoff. Then in 1813, one more acre was added, also for the amount of one dollar. During the late 1890’s Providence underwent major construction when a new sanctuary was built with gothic windows, pews, a brand new organ and even chandeliers. In the late 1930’s a basement was installed below the sanctuary. When the membership of the church began to increase rapidly, another new sanctuary needed to be built; it was attached to the older sanctuary, which became the chapel. With a growing congregation, the church also started working on an educational building, and in 1967 it was consecrated. In 1997, the current parlor was converted out of a classroom and the chapel and library were remodeled. Providence has also recently renovated, with the addition of elevators. It is extremely apparent that Providence has been through many changes over its more than 200 years in existence as a church and follows many of the same traditional customs that countless other Protestant churches follow. 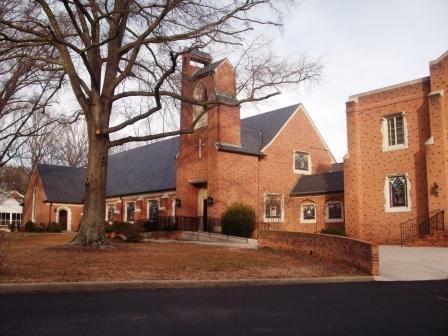 At Providence, there are two church services on Sunday morning. These services are approximately an hour long and tend to be traditional in style. The members sing hymns from a traditional hymnal accompanied by an organ and a beautiful grand piano. These services usually follow the same format every Sunday, but the message is always different. Every first Sunday of the month the congregation joins together in Holy Communion and everyone can partake, non-members and non-Methodist included. People who go to Providence are encouraged to dress however they feel most comfortable; however, a majority of the people wear formal clothing. Providence, like many United Methodist Churches, has a slogan, “Open Hearts, Open Minds, Open Doors.” The church tries to make all visitors feel welcome, with greeters and ushers available before visitors enter the sanctuary. People in the church are not asked to do anything that they do don’t feel comfortable with, but many members of the church, if so moved, will raise their hands in praise to the Lord, or go up to the alter during a moving song. Providence also offers Sunday school for children over the age of three. There are about fourteen Sunday school classes for people to choose from. A nursery is provided for babies and young toddlers. Providence is now about 500 strong and continues to grow. The congregation includes toddlers, kids, teens, young adults, adults, and the elderly. 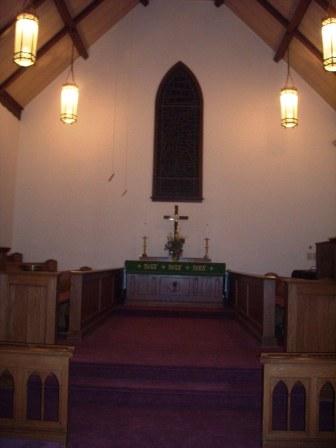 Providence United Methodist Church also has many organizations and groups for people to join. There is a youth group program that is intended to help teens to gain a relationship with Christ and have fun doing it. The youth group engages in activities such as singing at nursing homes during Christmas time, organizing dinner shows, going on mission trips, and having a yearly beach retreat. Youth can also take part in the Youth Choir that sings contemporary Christian songs during the church service at Providence and even travels to other churches to showcase their impressive harmonies and their spiritual commitment through song. There are several other musical programs at Providence, such as adult choir and hand bells. Some other church groups at Providence include the United Methodist Women, which is a group of women who are dedicated to becoming close friends in Christ; the United Methodist Men, members who get together for service projects and fellowship; and the interdenominational Retired Club, which sponsors informative programs followed by lunch.

The church engages in a variety of service for the community. Congregations Around Richmond Involved To Assure Shelter (CARITAS) works with Providence and many other churches in the Richmond area to help homeless children and adults in Richmond with food and a place to stay. The church also hosts an Alcoholics Anonymous class to help anyone they can to free themselves from their alcohol addiction. The Virginia Blood Services also works with Providence, and many people in the congregation help by giving blood that helps to save lives. A new initiative that Providence has just started is becoming a “green” and environmentally friendly church. By putting their newsletters online along with other activities, they strive to be a “green” church. Providence also does other mission projects as well, not only in Richmond but all over the U.S.