The first Seventh-day Adventist church in Richmond, Virginia was established in 1895 by twenty-eight individuals. The group began meeting in the Virginia Tract and Bible Society building on 25th Street. As membership increased, the church relocated in 1904 to 33 rd Street near the Church Hill area. Over the next several years, evangelistic tent meetings produced church growth as a result of a number of baptisms. In 1909, the church decided to seek a larger building in response to congregation growth. A church building in the West End on Morris Street, the West Christian Church, was purchased because many church members lived in the West End. Between 1911 and 1912 the church established a secondary school Richmond Academy with the purpose of supplying the congregation and members of the community with a Christian Education. 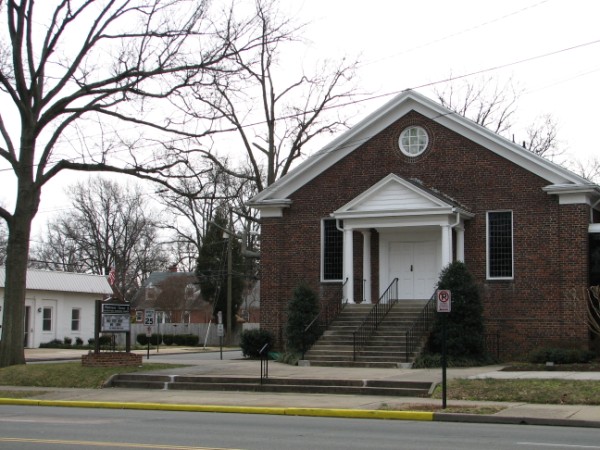