The congregation of what is currently known as Pace Center for Campus and Community Ministry originated as a Sunday school started by Centenary Methodist Church for the Fan District of Richmond in 1855. Though a small chapel was built on Main Street within the next year, attendance steeply declined between 1861 and 1865 because of the war. In 1871, the Virginia Conference combined the congregation of the Fan District, then known as Sidney, with Oregon Charge, a congregation also organized by Centenary Church. The two congregations together were called Main Street Methodist Church in 1875, meeting at the Fan location between Laurel and Cherry Streets. 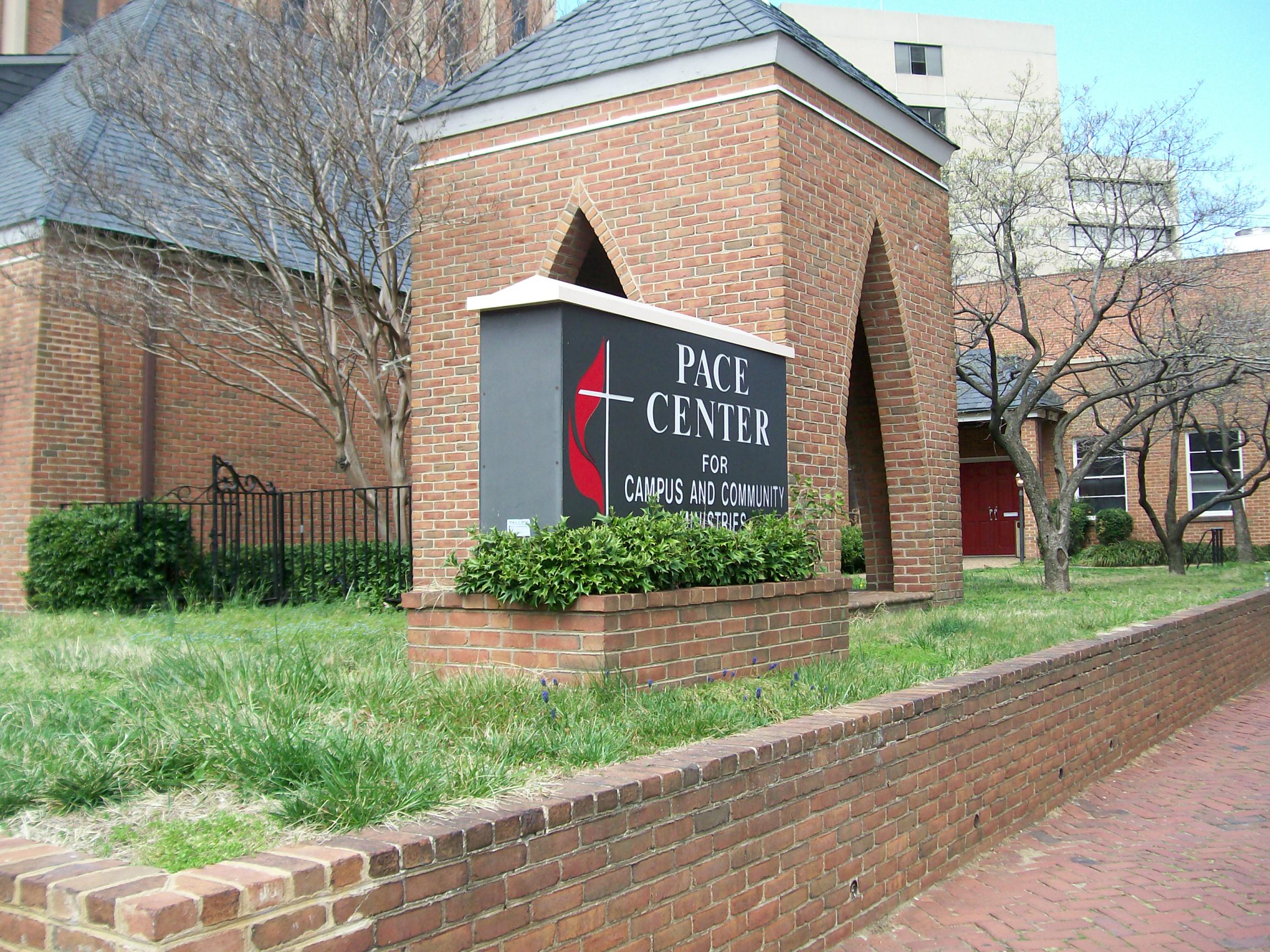 James Pace, a well-known native of Danville and banker in Richmond, donated land and nearly one hundred thousand dollars to build a new church on Franklin Street, which was renamed Park Place Methodist Episcopal Church South in 1876. Though the church was not finished until 1886, the congregation moved to the new location in 1877. Park Place was dedicated to two deceased children of James Pace. At the dedication in 1886, a new hymn titled “Come, O Thou God of Grace” was sung and is now in the Methodist Hymnal.

In 1921, Park Place Methodist Episcopal Church South was renamed Pace Memorial Methodist Church in memory of James Pace, who died in August of 1920. On December 11, 1966, the church, with its gothic architecture, was destroyed by a fire that may have been a result of arson. There has been a persistent rumour that the fire was started by someone opposed to the church’s involvement in the Civil Rights Movement.

The rebuilding of Pace Memorial was completed in 1969, and the church has remained active in the community. Between the late 1980’s and the early 1990’s, the church took in homeless individuals. On Sundays, Pace Memorial provided food for those in need in Monroe Park, which is adjacent to the church.

Pace Memorial Methodist Church is now called Pace Center for Campus and Community Ministry. It does not currently house a congregation, but the organization has been involved with a variety of community programs, such as Food Not Bombs and the Living Wage Coalition of Richmond. Pace Memorial is currently working to develop new programs to bridge gaps between students from all backgrounds at Virginia Commonwealth University.