The Skinner Organ at St. John’s United Church of Christ

St. John’s United Church of Christ is located on the corner of West Grace and Lombardy Streets at Stuart Circle. It is home to the only Skinner Organ in Richmond that is in its original location. The E. M. Skinner Organ at this church was purchased in 1921 and installed in 1928. 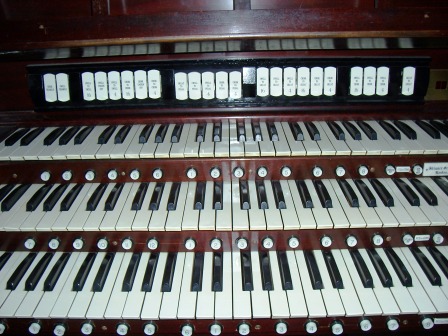 Ernest M. Skinner, one of the most famous organ builders in the United States, grew up in the late 1800s and early 1900s in Clarion, Pennsylvania. Skinner struggled with his organ building business during the first several years, but he constructed extraordinary instruments and developed a large clientele. He is credited with developing new families of stops for the pipe organ. Skinner later formed a partnership with Arthur Hudson Marks, a millionaire chemist and organ aficionado, who bought an interest in the Ernest M. Skinner Company, which later was renamed the Skinner Organ Company. In 1928, the Skinner Organ Company reported sales of $1,427,897, which is the equivalent of $15,000,000 in 2003 dollars. Toward the end of Skinner’s career, many of his organs were being replaced with more “fashionable” instruments of the time. As a result, many of his organs have been removed or rebuilt, but the original organs built by Mr. Skinner are highly prized instruments. 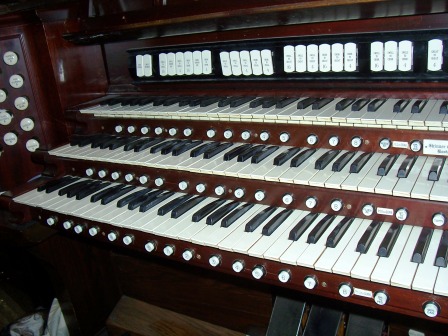 The Skinner organ at St. John’s is an Opus 628, which is a three manual pipe organ with 34 stops, 29 ranks, and 1,956 pipes. The organ has external faux pipes that have an authentic appearance. All of the pipes are located behind a casing that is accessible by ladder. The organ music actually emanates from the right side of the church, but the sound is transmitted in a way that creates a stereophonic effect. Since the organ was installed in 1928 there have been two major repair projects. The first project involved removing and cleaning of all of the pipes and re-leathering work. During the second project the console was converted to solid state circuitry and re-leathering word was done.

The church is planning to restore the organ soon if funds to cover the projected cost estimated at $300,000-$400,000 can be raised. The possibility of grant funding is being explored. Restoration would mean leaving the organ in as close to original condition as possible. Any replacement parts would be constructed to original specifications, and other parts would be restored to their original condition. The existing organ currently is not used for public performances but is available for public viewing through appointments or tours. Once the organ has been restored, St. John’s United Church of Christ intends to offer public performances of organ music in addition to music during religious services. 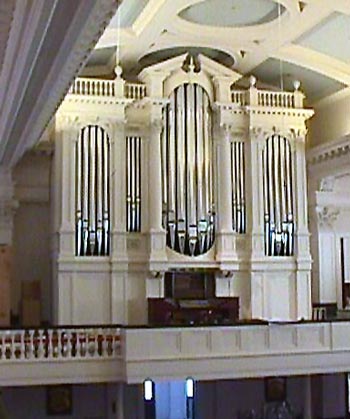