Moshe Dayan is a Christian ministry, founded in 2008, under the leadership of Taylor Bassett of the Richmond Outreach Center in Richmond, Virginia. The ministry is composed of six members who use their various musical talents to “reach the unsaved that listen to hardcore music.” Lead singer Taylor Bassett came to the Richmond Outreach Center in 2008 and states that the band “naturally grew” through interactions with others in the church who shared similar musical tastes and desired to “reach the untouchable.” 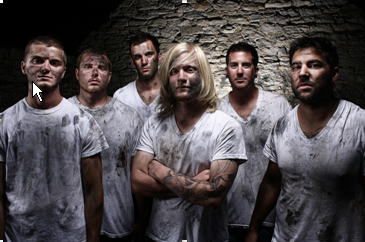 Since its beginnings, Moshe Dayan has grown to six members and has performed at several venues throughout the Richmond area. The group has performed at the Canal Club in Richmond and a local church. Moshe Dayan is currently working on their first album and anticipates its completion in February, 2010, with a release date in April, 2010. The album includes songs entitled “Prophets,” “Flesh and Man,” and “I am.” Taylor believes that Moshe Dayan’s music uncovers truths about Christians today and “sets the record straight on Christianity.”

Moshe Dayan’s music consists of a variety of instruments (two guitars, one bass, keyboard and drums) as well as vocals fused together to provide a sound blend of hardcore with metal they refer to as “metal core.” Taylor Bassett states that what makes the band so unique is its “focus on spreading Christianity rather than entertaining churches.”

A unique characteristic of Moshe Dayan is that the team prefers to play at secular venues. The members believe playing in these venues is “really effective because we are spreading God’s word and planting seeds.” Taylor also states that he and the band believe that many Christian music groups are “afraid to branch out and be different.” Moshe Dayan’s goal is to be “crazy influential” and they believe playing in secular venues helps them achieve this goal.