Seventy years ago InterVarsity Christian Fellowship decided that books helped integrate students intellectually, physically, and spiritually. Given the number of students in and around university campuses, InterVarsity decided that these were good locations to launch Christian bookstores. InterVarsity named its stores Logos after the Greek term (?????) for “word” because of its spiritual significance. The early Greek philosopher, Heraclitus, used the term “word” to describe the divine plan that organized the universe. In biblical reference the “word” refers to Jesus Christ, who is regarded as Logos made incarnate. 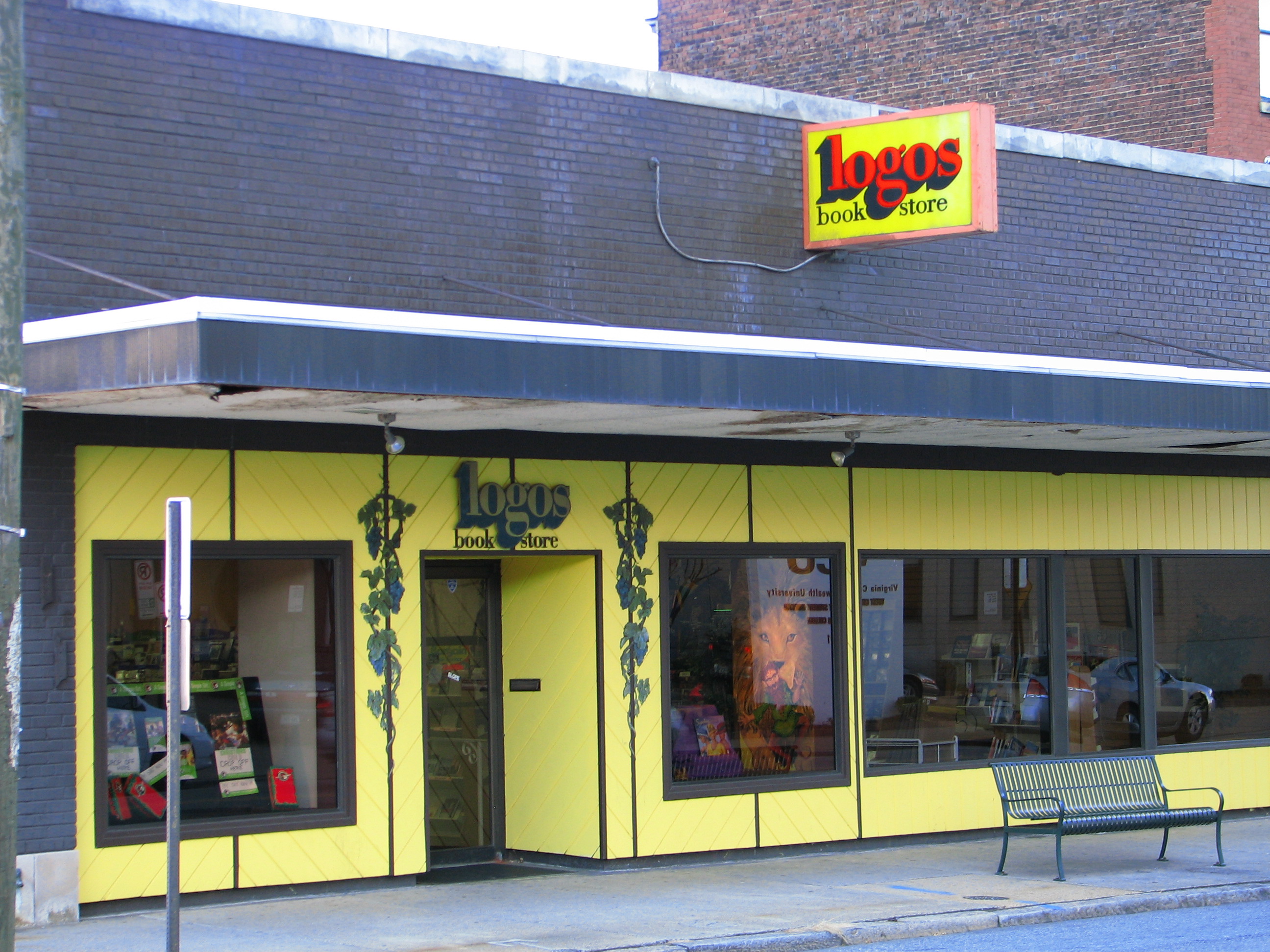 There are 24 Logos Bookstores in the non-profit Association of Logos Bookstores that are located in the United States , the Bahamas , and Canada . There are other stores around the world that use the Logos name but are not formally part of the association. Each of these 24 stores sells some items in common with other stores in the association and also products that are unique to their locations. The association website identifies the mission of the bookstores as “ Submission to God… Community with others… Independence in business. ” Bill York, an InterVarsity Christian Fellowship minister, adopted the philosophy of ministering to the community through literature and opened his store in Richmond ‘s Fan community thirty-five years ago. The Yorks still operate the bookstore today. The first Logos of Richmond was originally located on West Grace Street in a three-story house.  The site was purchased four years later by St. Elizabeth’s hospital. Logos then relocated directly across the street at its current Grace Street address. The new building was an old Safeway store and was considerably larger than the original location. The Yorks first had their doubts about occupying such a large space; but because of the bookstore’s constant growth, the extra space proved to be, in Beth York’s words, “a blessing.”

Logos carries a broad cross section of Christian books and offers a range of literature for all ages. They carry different versions and translations of the Bible, numerous Christian magazines, and a large selection of greeting cards, jewelry, robes; and educational materials concerning groups that are regarded as “psuedo-Christian.” The store offers curricula for Bible studies, Sunday school, and Vacation Bible School . Logos also offers Christian music of many varieties, ranging from hip-hop to country.