Lakeside United was established in 1941 in a home at the site where the church stands today, and the church was led by Reverend H.M. Elam. In 1950 the first half of the current church was built, and 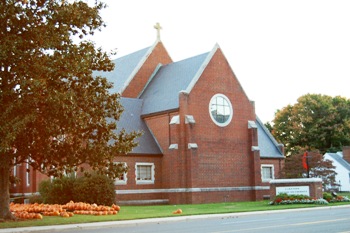 a decade later the main sanctuary and the educational wing of the church were added. Lakeside United features stunning stain glass windows that depict heroes of the faith, beginning with Moses. There is also a pipe organ and piano that are regularly played at services, occasionally by a violin soloist. There are about six hundred members of Lakeside United Methodist, with about a third attending regularly, and the congregation is predominantly Caucasian, with a small number of active African American families. The church has received a grant from the Virginia Conference of Methodist Churches to minister to ethnic groups in the area. 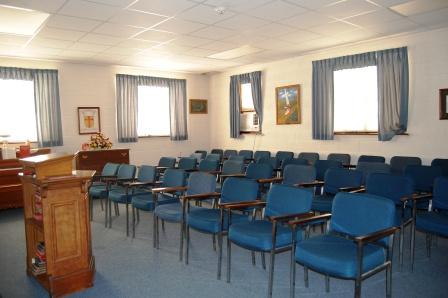 Sunday school occurs Sunday mornings and is followed by the weekly worship service. There are large events at the church on Christmas evening, Easter and Thanksgiving, with the Easter service being particularly well attended. Thanksgiving is special because Lakeside United joins six other churches in the Lakeside Clergy Association to celebrate. On All Saint’s Day, which is November 1 st, Lakeside United invites families that have lost a loved one in the previous year to come acknowledge them. There are a number of groups sponsored by Lakeside United, such as youth, men’s and women’s groups. The church also has a youth and an adult choir, as well as children and adult bell ringers. A special group within the church is the “Knit Whits,” a group of six to eight members who knit shawls for members of the church who cannot attend due to illness or other problems. The 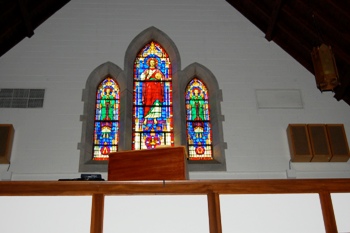 church sponsors a Fall Festival at which it sells food and handcrafts. The church also supports a variety of activities, such as Irish dance on a weekday afternoon and Henrico Pops on a weekday evening, Boy Scouts, Girl Scouts, and Narcotics Anonymous. Every weekday morning the church operates a preschool.