Kairos Prison Ministry is a worldwide Christian organization whose members visit prison inmates, their families, and the individuals who work with them. The volunteer-based ministry states that its mission is to bring God’s affection and forgiveness to the incarcerated in order to change their lives in a positive way. The broader objective of Kairos is to enhance the spiritual atmosphere in prisons. Kairos was founded by Tom Johnson, who was a member of the Cursillo group, a movement that started in Church of Spain in the 1930’s and sponsors weekend retreats to help participants gain a fuller relationship with God. He had been considering initiating a Cursillo movement for prisons for quite some time, and in 1976 the first weekend was held at Union Correctional Institution in Raiford, Florida. Kairos prison ministry now works in 350 prisons in 33 states in the U. S as well as prisons in Australia, Canada, Costa Rica, Honduras, Nicaragua, Peru, South Africa and the United Kingdom. Kairos has over 20,000 volunteers worldwide who help to pay for these weekends as well as give their time to spiritually encourage the inmates. Among the programs to which volunteers contribute are the Men’s and Women’s Ministry, which deals with the spiritual needs of the inmates; Kairos Outside, which offers spiritual healing to the families of the imprisoned; and Kairos Torch, which is a ministry for juvenile offenders. 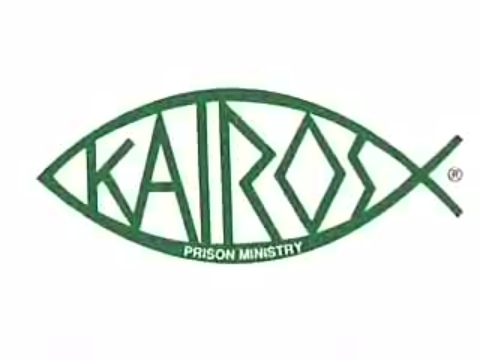 The Kairos Prison Ministry in Richmond began about 1990 and has been growing ever since. The number of volunteers varies considerably. These Richmonders volunteer with the “Woodbridge Community” and help in prisons such as Nottaway in Burkeville; Greenville in Jarrett; and Brunswick in Brunswick County. During the Kairos weekend, there are talks, meditations, and individual and group activities that invite inmates to have a personal relationship with Christ and share the love of God with others after the retreat is over. The talks apply mostly to the specific circumstances of a particular group, such as youth, inmates, or families.