The Islamic Society of Greater Richmond

The Islamic Society of Greater Richmond is a Masjid (Islamic house of worship). The society initially rented an office building in the West End in 1997 to conduct its religious events. This property was soon sold, however, and the Islamic Society needed to find another place to worship. In 2001, the 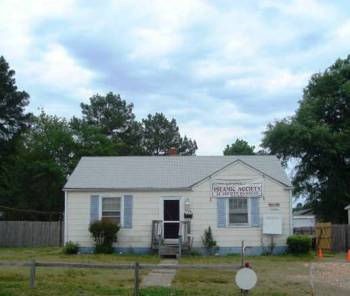 congregation came upon the facilities that are in use today on Rigsby Road. The layout is two buildings, one for men and the other for women. There are usually between five and fifteen members praying at the Islamic Society of Greater Richmond at any given time. On those occasions when the prayer services are too large to be held indoors, they are held in tents in the backyard, weather permitting. There are very large Friday prayers (Jummah). The five daily prayers (salat) are Fajr (which translates in English as “dawn”), the first prayer of the day; Zuhr, the midday prayer; Asr (the afternoon prayer); Maghrib (which translates in English as “of the setting sun”), the sunset prayer, and Ishaa’, the night-time prayer. Prayer timings on the weekends can vary. Given the size limitations of present facilities, the Islamic Society of Greater Richmond is currently building a new center in the Short Pump area with a capacity of 500 members. They have already collected several hundred thousand dollars for the building project and are awaiting county approval before the actual center is built. 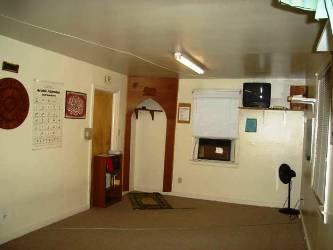 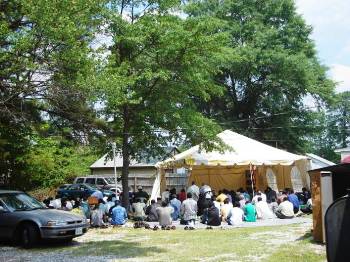