The International Mission Board (formerly Foreign Mission Board) is an entity of the Southern Baptist Convention, the nation’s largest evangelical denomination, claiming more than forty thousand churches with nearly sixteen million members. The board’s main objective is presenting the Gospel of Jesus Christ in order to lead individuals to saving faith in Him and result in church-planting movements among all the peoples of the world. 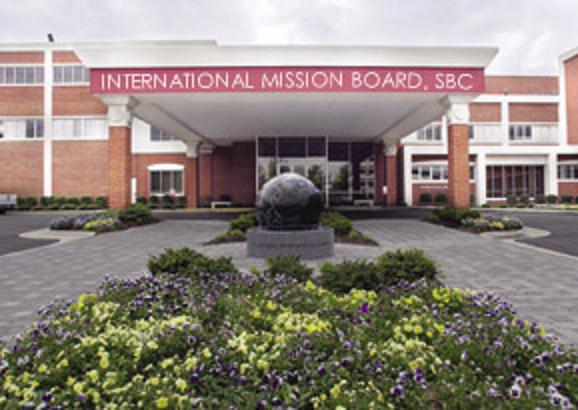 The Southern Baptists soon gained the support for some new missionaries in China. The growth of missionary work was hindered due to the Civil War and the South’s agrarian economy. The Board was often hampered by debt between 1861 and 1943, and significant growth in the Board’s overseas work did not occur until after World War II.

Empowered by the support of the Cooperative Program, founded in 1925, and an enlarged worldview, Southern Baptists grew to 1,000 missionaries in 1955. Under the 25-year leadership of Baker James Cauthen, global expansion continued, reaching over 3,000 missionaries in 94 countries by 1980. The Bold Mission Thrust was initiated in 1976 as a Southern Baptist effort to evangelize the world by A.D. 2000. From 1981 to 1992, Keith Parks led the Board to adopt new, innovative strategies to reach restricted nations and previously unreached peoples. The Missionary Associate Program in 1961 was created for those not qualified for career appointment. The Journeyman Program, for young college graduates, was begun in 1965 and later expanded into the International Service Corps. The number of International Mission Board volunteers also far exceeded the 1,200 who went out in 1975.

The International Mission Board is based upon seven basic principles: (1) The basic commitment is obedience to the lordship of Jesus Christ and to God’s infallible Word; (2) The basic belief is that Jesus Christ is God’s only provision for salvation and that all people without personal faith in Him are lost and will spend eternity in hell; (3) The basic means of understanding and fulfilling God’s mission is prayer; (4) The basic purpose is to provide all people an opportunity to hear, understand and respond to the Gospel in their own cultural context; (5) The basic task is evangelism through proclamation, discipling, equipping and ministry that results in indigenous Baptist churches; The basic strategy is to send and support gifted, God-called missionaries who, with mutual respect, accountability and cooperation, carry out the Great Commission in an incarnational witness; (7) The basic role is to lead and facilitate the international missionary involvement of Southern Baptists in partnership with overseas Baptists and other Christians who are fulfilling the Great Commission

Sources:
Organization website
Staff members of the International Mission Board