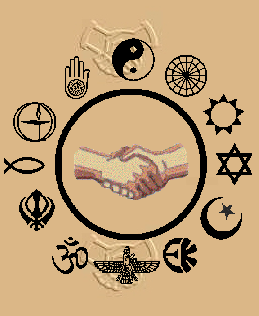 Interfaith Council of Greater Richmond’s membership originally consisted of various Christian congregations and denominations in the Richmond area, but in 1986 the Council began expanding its membership to include the Baha’i, Buddhist, Eckankar, Hindu, Islam, Jain, Sikh, and Zoroastrian faiths. To accommodate the vast differences in faiths, the Council clarified its mission statement in 1991, adding: “The aim of the council is not to worship together, but to work together in cooperative community service among religious organizations in metropolitan Richmond.” The Council now boasts over 75 member congregations and at least 150 individual members from Baha’i, Baptist, Buddhist, Catholic, Mormon, Episcopal, Hindu, Muslim, Jain, Jewish, Lutheran, Methodist, Presbyterian, Sikh, Unitarian, Unity, and Zoroastrian organizations.

Since 2006, Interfaith Council of Greater Richmond has attempted to bring a greater appreciation and knowledge of the various faiths that comprise the religious community in Richmond. The organization recognizes all religious holidays, and members of individual faiths are encouraged to lead ceremonies and rituals for their own holidays, celebrations, and festivals for the benefit and experience of the other members of the Council. Interfaith Council of Greater Richmond does not have its own building. Instead, it utilizes the facilities of various member congregations and the resources of its various affiliates. The Board of Directors is on a yearly, rotating schedule that allows each member organization to have equal participation at the various levels of organizational hierarchy.

The Council also engages in numerous community service projects and programs. Beginning in 1968, the Interfaith Council began awarding annual Brotherhood and Sisterhood Youth awards to recognize high school seniors in the Richmond area for qualities of understanding and kindness to those who members of different racial, religious, and nationality groups. The Council also participates in the Chaplaincy Service that provides prison ministry service throughout Virginia. Community service is integral to the main activities of the Council, and so Interfaith Council of Greater Richmond has created a sub-committee in the Council specifically devoted to community service projects that run throughout the year.

Interfaith Council of Greater Richmond works not only towards addressing community needs but also for faith understanding and education. For these purposes, the Council has many programs to assist in faith-related education, including a lending library of all major spiritual texts, a speaker’s bureau to provide guest speakers, as well as other programs. Finally, the Council participates and helps set-up (in association with many other groups and organizations in Richmond) the Family Peace Festival in September and the Festival of Faiths in December.